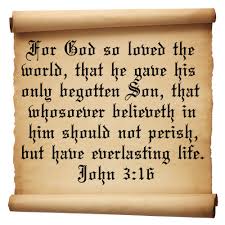 “How do you explain that Jesus was not a created being, yet came after the Father and is God’s literal Son?”

This is an excellent question for it deals with our perception of God’s character and therefore affects our relationship with Him. The Bible clearly proves that Christ was not created. Paul speaks of Christ stating that He “is the image of the invisible God, the firstborn of every creature: For by him were all things created, that are in heaven, and that are in earth, visible and invisible, whether they be thrones, or dominions, or principalities, or powers: all things were created by him, and for him.” (Colossians 1:15, 16) John wrote, “All things were made by him; and without him was not any thing made that was made.” (John 1:3) Paul wrote,“And to make all men see what is the fellowship of the mystery, which from the beginning of the world hath been hid in God, who created all things by Jesus Christ.” (Ephesians 3:9)

This should be clear enough. The Scriptures testify that God created, through Christ, everything that was ever created and without Christ was not anything created that was created. This proves conclusively that Christ was not created, for it would have been impossible for Christ to create Himself.

As an example, I know it is impossible for humans to create life. However let us suppose I had the power to create life. Suppose I could create a cricket. I could put thousands of hours into the finest details of this small insect. The cricket would certainly be valuable to me. I could say I created that cricket. Yet I would value that cricket far less than my son. If I were asked to give up that cricket for the benefit of someone else, it would not be too difficult for me to part with it. That would be a sacrifice, but it would fall very short of equaling the sacrifice that would have to be made if I were asked to give up my own son for the benefit of someone else. If I were to give up my own son that would be a great sacrifice on my part—much more than giving up a created insect.

Certainly you can see the vast difference in giving up something I created, and giving up my own son.

I would like to provide an abundance of Bible evidence showing that Christ really is the Son of God; not an angel, not a created being, but “the only begotten Son” “of the most high God.” (John 3:16; Mark 5:7) Please take the time to examine the following Scripture evidence.

“God, who at sundry times and in divers manners spake in time past unto the fathers by the prophets, Hath in these last days spoken unto us by His Son, whom He hath appointed heir of all things, by whom also He made the worlds; Who being the brightness of His glory, and the express image [“a precise reproduction in every respect”—Thayer’s Greek Lexicon] of His person, and upholding all things by the word of His power, when He had by Himself purged our sins, sat down on the right hand of the Majesty on high; Being made so much better than the angels, as He hath by inheritance obtained a more excellent name than they.” (Hebrews 1:1-4).

The Son of God was appointed by His Father to be heir (“one who receives his allotted possession by right of sonship”—Thayer’s Greek Lexicon) of all things. And He has, by inheritance, obtained an excellent name. According to the Scriptures, Jesus Christ is the literal Son of God.

“For unto which of the angels said He at any time, Thou art my Son, this day have I begotten thee? And again, I will be to Him a Father, and He shall be to me a Son? And again, when He bringeth in the firstbegotten into the world, He saith, And let all the angels of God worship Him… But unto the Son He saith, Thy throne, O God [The Father refers to His Son as God], is for ever and ever: a sceptre of righteousness is the sceptre of thy kingdom. Thou hast loved righteousness, and hated iniquity; therefore God, even thy God [The Father, referring to Himself as the God of His Son], hath anointed thee with the oil of gladness above thy fellows… But to which of the angels said He at any time, Sit on my right hand, until I make thine enemies thy footstool?” (Hebrews 1:5-13).

The Bible speaks of Christ “Who is the image [likeness] of the invisible God, the firstborn [see note below] of every creature.” (Colossians 1:15)

The Greek word that was translated firstborn in this verse means, “born before all creation.” (Wigram’s Greek Lexicon) “Christ is called, firstborn of all creation,who came into being through God prior to the entire universe of created things.” (Thayer’s Greek Lexicon). Jesus Christ is in reality the Son of God who was begotten by His Father before anything was ever created.

“But thou, Bethlehem Ephratah, though thou be little among the thousands of Judah, yet out of thee shall He come forth unto me that is to be ruler in Israel; whose goings forth [origin] have been from of old, from everlasting [Hebrew: the days of eternity].” (Micah 5:2). “Whose origin is from of old, from ancient days.”(Revised Standard Version).

This verse is talking about the Son of God, whose origin (beginning) was long before the beginning of this world; and time as we know it.

The terms Father and Son, by definition, indicate the existence of the one before the other. This was the understanding of the Israelites.

“Who hath ascended up into heaven, or descended? who hath gathered the wind in His fists? who hath bound the waters in a garment? who hath established all the ends of the earth? what is His name, and what is His son’s name, if thou canst tell?” (Proverbs 30:4).

It does not take a wise man to figure out something that is so plain a child can understand it. Ask your child, “Who is older, you or me?” I am sure he will give you the right answer. There is an abundance of Bible testimony proving that Christ was begotten by His Father prior to coming into this world. Yet I have not seen any proof from the Bible that He was not. [If you would like a more thorough study on this subject please contact us and request the study entitled “The Truth About God.”]

This is an important issue, for it deals with whether Christ is in reality the Son of God or not. John wrote, “Who is he that overcometh the world, but he that believeth that Jesus is the Son of God?” (1 John 5:5) Jesus said, “For God so loved the world, that he gave his only begotten Son, that whosoever believeth in him should not perish, but have everlasting life.” (John 3:16) It was God the Father who loved us so much that He willingly allowed His only begotten Son to die for us.

Please examine the following verses carefully. “In this was manifested the love of God toward us, because that God sent his only begotten Son into the world, that we might live through him.” (1 John 4:9) The greatest manifestation of God’s love is that He allowed His only begotten Son to die for us. “He that spared not his own Son, but delivered him up for us all, how shall he not with him also freely give us all things?” (Romans 8:32) By God yielding up that which was most dear to Him, His only begotten Son, He proved that there was nothing in the entire universe that He would not be willing to give up for us. This is the greatest love that anyone could manifest. It is much harder for a father to allow his own child to die than for him to offer up his own life. It was a struggle for the God of the universe to yield up His only begotten Son.

None of the above could be true if Jesus Christ was not in reality the Son of God. If He was a created being, or merely playing a role, acting as if He was the Son of God when in reality He was not, then there would be very little love manifested by the Father in allowing His Son to die. Friends, I am sure you can see that the idea that Jesus Christ is not in reality the Son of God severely distorts our perception of God’s love for us. With a false understanding of God’s love for us, our love for Him is severely hindered, and we will never love God to the extent that He requires of us. “Thou shalt love the Lord thy God with all thy heart, and with all thy soul, and with all thy mind.” (Matthew 22:37) We can never reach this point with a distorted view of God’s love, for “We love Him because He first loved us.” (1 John 4:19)

My dear friends, please consider this information very carefully for it is vital to our Christian experience. The only way a judge can make a just decision is after viewing and weighing all the evidence. I strongly encourage you to examine all the evidence before making a decision. “He that answereth a matter before he heareth it, it is folly and shame unto him.” (Proverbs 18:13)