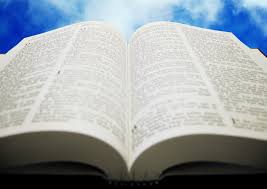 Can every believer have grace enough to keep him free from sinning? Yes. Indeed, everybody in the world can have enough to keep him from sinning. Enough is given, and it is given for this purpose. If anyone does not have it, it is not because enough has not been given, but because he does not take that which has been given. For “unto every one of us is given grace according to the measure of the gift of Christ.” (Ephesians 4:7) The measure of the gift of Christ is Himself wholly, and that is the measure of “all the fullness of the Godhead bodily.” (Colossians 2:9) To the fullness of the Godhead there is, indeed, no measure; it is boundless. It is simply the infinity of God. Yet that is the only measure of the grace that is given to every one of us. The boundless measure of the fullness of the Godhead is the only thing that can express the proportion of grace that is given to every one who is in this world. For“where sin abounded, grace did much more abound.” (Romans 5:20) This grace is given in order that “as sin hath reigned unto death, even so might grace reign through righteousness unto eternal life by Jesus Christ our Lord,” (Romans 5:21) and in order that sin shall not have dominion over you, because you are under grace.

As boundless grace is given to every one bringing salvation to the extent of its own full measure, then if any one does not have boundless salvation, why is it? Plainly it can be only because he will not take that which is given.

As boundless grace is given to every one in order that it shall reign in him against all the power of sin, as certainly as ever sin reigned and in order that sin shall not have dominion, then if sin still reigns in anyone, if sin yet has dominion over anyone, where lies the fault? Clearly, it lies only in this, that he will not allow the grace to do for him and in him that which it is given to do. By unbelief he frustrates the grace of God. So far as he is concerned, the grace has been given in vain.

The grace of God is fully able to accomplish that for which it is given, if only it is allowed to work. We have seen that grace being altogether from God, the power of grace is nothing but the power of God. It is plain enough therefore that the power of God is abundantly able to accomplish all for which it is given—the salvation of the soul, deliverance from sin and from the power of it, the reign of righteousness in the life, and the perfecting of the believer unto the measure of the stature of the fullness of Christ—if only it can have place in the heart and in the life to work according to the will of God. But the power of God is “unto salvation to every one that believeth.” (Romans 1:16) Unbelief frustrates the grace of god. Many believe and receive the grace of God for the salvation from sins that are past but are content with that and do not give it the same place in the soul to reign against the power of sin, that they did to save from sins of the past. This, too, is but another phase of unbelief. So as to the one great final object of grace—the perfection of the life in the likeness of Christ—they do practically receive the grace of God in vain.

“We then, as workers together with him, beseech you also that ye receive not the grace of God in vain. (For he saith, I have heard thee in a time accepted, and in the day of salvation have I succored thee: behold, now is the accepted time; behold, now is the day of salvation.) Giving no offense in anything, that the ministry be not blamed.”(2 Corinthians 6:1, 2) Nor does this word “ministry” refer simply to the ordained ministry of the pulpit. It includes every one who receives the grace of God or that has named the name of Christ. For “as every man hath received the gift, even so minister the same one to another, as good stewards of the manifold grace of God.” (1 Peter 4:10) Therefore he does not want anyone to receive the grace of God in vain, lest that grace and its blessed working be misrepresented to the world and so men be further hindered from yielding to it. He does not want His grace to be received in vain, because when it is, offense is given in many things, and the ministry of grace itself is blamed. Yet when the grace of God is not received in vain but is given the place that belongs to it, “no offense” will be given “in anything,” and the ministry will not only be not blamed but will be blest.

And now to show how complete and all-pervading the reign of grace will be in the life where it is not received in vain, the Lord has set down the following list, embracing “all things,” and in which we shall approve ourselves unto God. Read it carefully:

“In all things approving ourselves” unto God “in much patience, in afflictions, in necessities, in distresses, In stripes, in imprisonments, in tumults, in labours, in watchings, in fastings;  By pureness, by knowledge, by longsuffering, by kindness, by the Holy Ghost, by love unfeigned,  By the word of truth, by the power of God, by the armour of righteousness on the right hand and on the left,  By honour and dishonour, by evil report and good report: as deceivers, and yet true;  As unknown, and yet well known; as dying, and, behold, we live; as chastened, and not killed; As sorrowful, yet alway rejoicing; as poor, yet making many rich; as having nothing, and yet possessing all things.”(2 Corinthians 6:4-10)

This list covers all the experiences that can ever enter into the life of any believer in this world. It shows that where the grace of God is not received in vain, that grace will so take possession and control of the life, that every experience that enters into the life will be taken by grace and turned to making us approved unto God and building us up in perfection unto the measure of the stature of the fullness of Christ. “We then, as workers together with him, beseech you also that ye receive not the grace of God in vain.” (2 Corinthians 6:1)    ?