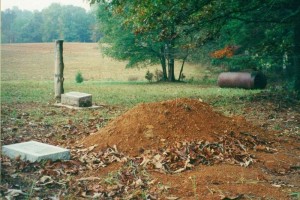 “In Matthew 27:52, 53 it is said the graves were opened and many bodies rose and entered the holy city and appeared to many. At the death of Jesus, who are these people who rose? Why do they rise at Jesus’ death while the Bible promised resurrection at Christ’s second coming? Also, which was this holy city which they entered?”

These are excellent questions. Please take notice of the answer to the previous question, because the scene John described in Revelation chapters 4-6 clearly takes place before the second coming of Christ. We know this because in chapter six, verses 9-11, we read, “And when he had opened the fifth seal, I saw under the altar the souls of them that were slain for the word of God, and for the testimony which they held: And they cried with a loud voice, saying, How long, O Lord, holy and true, dost thou not judge and avenge our blood on them that dwell on the earth? And white robes were given unto every one of them; and it was said unto them, that they should rest yet for a little season, until their fellowservants also and their brethren, that should be killed as they were, should be fulfilled.” (Revelation 6:9)

Whenever this scene takes place there is a time yet future when other saints would be killed for their faith. This could not be after the second coming of Christ, because after that time death will have no power over the righteous, for they will have put on immortality. (1 Corinthians 15:51-53)

Revelation chapters 4-6 depict redeemed people in heaven worshipping in front of the throne of God before the second coming of Christ. Notice, there is a marked difference between these living redeemed, and the dead souls under the altar. The dead souls under the altar are said to be resting until their brethren are killed. They are not conscious of what is going on around them or the Scriptures could not be true which clearly state that “the dead know not anything.” (Ecclesiastes 9:6; see also Psalm 146:3, 4; Acts 2:29, 34. For a thorough study on this subject, please contact us and request the tract entitled “What the Bible Says About Hell.”) The statement that the souls cried out for vengeance no more indicates that the souls were conscious than the blood of Abel crying out to God for vengeance indicated that the blood was conscious. God said to Cain, “the voice of thy brother’s blood crieth unto me from the ground.” (Genesis 4:10)

The verses you mentioned read, “Jesus, when he had cried again with a loud voice, yielded up the ghost. And, behold, the veil of the temple was rent in twain from the top to the bottom; and the earth did quake, and the rocks rent; And the graves were opened; and many bodies of the saints which slept arose, And came out of the graves after his resurrection, and went into the holy city, and appeared unto many.” (Matthew 27:50-53) We are not told who these people were, other than they were saints—not all the saints, but many saints, and they went into the holy city and appeared unto many. These had to have been saints who lived and died prior to Christ’s death, and are very likely some of the people John described as being in heaven prior to the second coming of Christ.

The term “the holy city” was used nine times in the KJV Bible. In the Old Testament it is used in reference to the literal city of Jerusalem, or to the people of God. In Nehemiah we read, “And the rulers of the people dwelt at Jerusalem: the rest of the people also cast lots, to bring one of ten to dwell in Jerusalem the holy city, and nine parts to dwell in other cities.” (Nehemiah 11:1)

In the New Testament, it appears the same usage is employed. When Jesus was in the wilderness of temptation “the devil taketh him up into the holy city, and setteth him on a pinnacle of the temple.”(Matthew 4:5) This obviously refers to the literal city and temple in Jerusalem. From this evidence, we see that after their resurrection these saints went into the literal Jerusalem to bear witness for Christ, after which they went to heaven.

“So Moses the servant of the LORD died there in the land of Moab, according to the word of the LORD. And He buried him in a valley in the land of Moab, over against Bethpeor: but no man knoweth of his sepulchre unto this day.” (Deuteronomy 34:5, 6) Moses died, and was buried, but no man could find his sepulchre because the Lord raised him from the dead. We learn this from Jude,“Yet Michael the archangel, when contending with the devil he disputed about the body of Moses, durst not bring against him a railing accusation, but said, The Lord rebuke thee.” (Jude 9) The fact that Moses was raised from the dead is evident by his appearing with Elijah at the mount of transfiguration. (Luke 9:30) Elijah was taken to heaven by a fiery chariot without seeing death.

We are not told in the Bible why some of the saints were resurrected right after Christ’s resurrection. I believe they were resurrected so they could bear witness on earth to the fact that Christ had conquered the grave, and that Christ could enjoy the reward of fellowshipping with some of the redeemed prior to His second coming. They may be a sort of firstfruits.