Last month we printed an article about the national ID and the mark of the beast. In it we learned of some startling events demonstrating that we 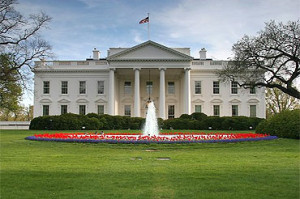 are very near the time when the mark of the beast will be instituted. Some people have seen how the governments of the world are becoming more and more eager to take away our liberties, and have concluded that we should rebel against them by refusing to submit to their rules and regulations.

Corrupt governments are not a recent development. Earthly governments have been corrupt since Nimrod established the first kingdom, Babel. (Genesis 10:8-10) From that day until now governments have exacted unfair and unjust service from their subjects. When the children of Israel insisted on having a king over them to become like the nations around them, the prophet Samuel solemnly protested, saying, “He will take your sons, and appoint them for himself,… And he will take your daughters to be confectionaries, and to be cooks, and to be bakers. And he will take your fields, and your vineyards, and your oliveyards, even the best of them,… ye shall be his servants. And ye shall cry out in that day because of your king which ye shall have chosen you; and the LORD will not hear you in that day.” (1 Samuel 8:11-18) This is what the kings of the nations around Israel had been doing to their subjects. Many times when men are given positions of authority over others they abuse that authority. “Power corrupts and absolute power corrupts absolutely.”

The question we would like to look at now is “Does God expect His people to obey corrupt governments?”

One of the first examples of a child of God being forced to live in a corrupt government is when Joseph was sold as a slave to the Egyptian officer, Potiphar, the captain of Pharaoh’s guard. (Genesis 37:36) Egypt was a nation that served false gods, and which later enslaved the Israelites for many years—it was definitely a corrupt government. Joseph was unfairly kidnaped and sold as a slave into this strange land. Yet, as we follow the story, we find that Joseph made no attempt to escape nor to refuse to obey Potiphar’s rules, nor the rules of Egypt.

Joseph had been so loyal that Potiphar entrusted to him the care of everything he owned. (Genesis 39:6) There is no record that Joseph ever disobeyed the laws of the land or the rules of his master, even though he was a slave in a corrupt nation.

The Apostle Paul wrote, “Servants, obey in all things your masters according to the flesh; not with eyeservice, as menpleasers; but in singleness of heart, fearing God: And whatsoever ye do, do it heartily, as to the Lord, and not unto men; Knowing that of the Lord ye shall receive the reward of the inheritance: for ye serve the Lord Christ.” (Colossians 3:22-24) When a servant serves his master he is “serving the Lord Christ.” The Apostle Peter wrote, “Servants, be subject to your masters with all fear; not only to the good and gentle, but also to the froward.” (1 Peter 2:18) Does this mean that a servant must obey everything a master says, without exception? No!

Joseph was loyal to his master and Egypt, but he was not willing to obey his earthly masters when they asked him to disobey God. Potiphar’s wife asked him to do something contrary to God’s law, and he responded, “How… can I do this great wickedness, and sin against God?” (Genesis 39:9) I am sure Joseph knew there would be consequences for refusing to obey in this case, but he was content to serve God and leave God to work out the details. Joseph was cast into prison for a few years, but God used that to enable Joseph to become the ruler of Egypt. (Genesis 41:43) God works in mysterious ways. Joseph was honored for obeying God, and was even given a high position in a corrupt government as a way to preserve the Israelites through the famine that followed. This demonstrates that God does not wish for His people to be rebels against corrupt governments unless, of course, the government asks them to break one of God’s commandments, as we shall see in a moment.

A lesson from Daniel

Of all the governments mentioned in the Bible, Babylon is used more than any other to represent extreme corruption and wickedness. Yet, even when God’s people were in Babylon, God honored them when they were obedient to the laws of the land. Daniel and his three friends were exalted to high positions in the Babylonian government, which would not have happened if they had been rebellious toward the government in civil matters.

After Babylon was overthrown by the Medes and Persians, Daniel was also highly exalted in the Medo-Persian government. Darius put 120 princes over the kingdom, and three presidents above them, and “Daniel was preferred above the presidents and princes, because an excellent spirit was in him.” (Daniel 6:3) These princes and presidents were put in those positions so that “the king should have no damage.” (Daniel 6:2) It is obvious that Daniel was a good and upstanding individual for him to have been put in such a high position. If Daniel had been a rebel against corrupt governments he would not have been chosen for such a position.

Because he was given the best position in the kingdom, the princes and presidents were angry with him and “sought to find occasion against Daniel concerning the kingdom; but they could find none occasion nor fault; forasmuch as he was faithful, neither was there any error or fault found in him.” (Daniel 6:4) Here Daniel was, in a high and public position in a corrupt government and, when the wisest men of the kingdom carefully scrutinized his every move, they could not find any fault with him concerning the kingdom. “He was faithful” to obey the laws of the land completely, even though he was living in a corrupt government.

This is an important lesson for us. Daniel obeyed completely until a law was passed that entered into the realm of worship, where no government ever has the right to encroach. The only way the princes could find anything against him was by making a law contrary to the law of God. “Then said these men, We shall not find any occasion against this Daniel, except we find it against him concerning the law of his God.” (Daniel 6:5)

We know the rest of the story about how they passed a law that no man might ask any petition from anyone but the king for thirty days. After Daniel knew the law was signed, he opened his windows and prayed three times a day as he had done before. He ignored the unjust law regarding worship as if it did not exist. He was caught, and cast into the lions’ den. God honored him by sending an angel to shut the mouths of the lions, thus proving that the government has no right to pass laws related to worship. After God protected him from the lions, Daniel told the king, “My God hath sent his angel, and hath shut the lions’ mouths, that they have not hurt me: forasmuch as before him innocency was found in me; and also before thee, O king, have I done no hurt.” (Daniel 6:22) Daniel was perfectly innocent when he ignored the unjust law that interfered with his worship of God and, in doing this, he did no hurt to the king.

Today we need to obey the laws of the land as much as possible, just as Daniel did, and ignore laws that deal with worship, just as Daniel did. Paul said, “Let every soul be subject unto the higher powers. For there is no power but of God: the powers that be are ordained of God. Whosoever therefore resisteth the power, resisteth the ordinance of God: and they that resist shall receive to themselves damnation. For rulers are not a terror to good works, but to the evil. Wilt thou then not be afraid of the power? do that which is good, and thou shalt have praise of the same.” (Romans 13:1-3) This is exactly what happened with Daniel in Babylon and Medo-Persia.

Peter wrote, “Submit yourselves to every ordinance of man for the Lord’s sake: whether it be to the king, as supreme; Or unto governors, as unto them that are sent by him for the punishment of evildoers, and for the praise of them that do well. For so is the will of God, that with well doing ye may put to silence the ignorance of foolish men:… Fear God. Honour the king.” (1 Peter 2:13-17) Paul and Peter wrote this counsel while they were living under the dominion of a corrupt government. The Roman government was full of corruption, yet Peter and Paul said that we should submit ourselves “to every ordinance of man,” and “honour the king.” Peter explains that this is “the will of God.”

Some have taken the stand that they should disregard the laws of the land even when they do not encroach upon our worship of God. This is asking for trouble and, when we get into trouble, will we be able to legitimately say, “I am persecuted for righteousness sake”? Doubtfully! Peter wrote, “For what glory is it, if, when ye be buffeted for your faults, ye shall take it patiently? but if, when ye do well, and suffer for it, ye take it patiently, this is acceptable with God.” (1 Peter 2:20)

The example of Daniel proves that we should live in accordance with the laws of the land, as much as possible, even if the government is corrupt. Only when they pass a law regarding worship, then we must stand firm for the truth and even die before violating one of God’s commandments.

Some people try to rationalize away laws they do not wish to keep, by trying to turn them into a worship issue to get out of keeping them. Friends, if Daniel had done this, the princes would have had ample reason to prosecute him, and they would not have had to resort to making genuine laws of worship.

Let us be careful that we do not become people who “seeketh only rebellion” (Proverbs 17:11), who “despise government,” and who “are not afraid to speak evil of dignities. Whereas angels, which are greater in power and might, bring not railing accusation against them before the Lord.” (2 Peter 2:10, 11) When Paul was brought to judgment, he was careful when addressing the high priest, even though he was a corrupt ruler. (Acts 23:3-5) Peter goes on to speak of rebellious people, stating, “But these, as natural brute beasts, made to be taken and destroyed, speak evil of the things that they understand not; and shall utterly perish in their own corruption; And shall receive the reward of unrighteousness.” (2 Peter 2:12, 13) Jude also had some strong words for people who “despise dominion, and speak evil of dignities” (Jude 1:8), and “speak evil of those things which they know not.” (Jude 1:10) Jude says, “Woe unto them!” (Jude 1:11)

Paul instructed Titus regarding the church to “Put them in mind to be subject to principalities and powers, to obey magistrates, to be ready to every good work. To speak evil of no man.” (Titus 3:1, 2)

If we find ourselves in a corrupt government, let us follow the counsel of God through Jeremiah, “And seek the peace of the city whither I have caused you to be carried away captives, and pray unto the LORD for it: for in the peace thereof shall ye have peace.” (Jeremiah 29:7) Jesus said, “Love your enemies, bless them that curse you, do good to them that hate you, and pray for them which despitefully use you, and persecute you.” (Matthew 5:44)