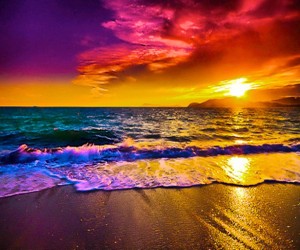 Chapter 6—“Made of a Woman”

By what means was Christ made flesh? Through what means was He partaker of human nature?—Exactly the same means as are all of us partakers: all of the children of men. For it is written: “As the children [of the man] are partakers of flesh and blood, He also Himself likewise took part of the same.”

Accordingly, it is further written: “God sent forth His Son, made of a woman.” (Galatians 4:4) He, being made of a woman in this world, in the nature of things He was made of the only kind of woman that this world knows.

But why must He be made of a woman? why not of a man?—For the simple reason that to be made of a man would not bring Him close enough to mankind as mankind is, under sin. He was made of a woman in order that He might come, in the very uttermost, to where human nature is in its sinning.

To have been made only of the descent of man would have been to come short of the full breadth of the field of sin, because the woman had sinned and sin was thus in the world before the man sinned.

Christ was thus made of a woman in order that He might meet the great world of sin at its very fountain head of entrance into this world. To have been made otherwise than of a woman would have been to come short of this and so would have been only to miss completely the redemption of men from sin.

It was the woman who, in this world, was originally in the transgression. It was the woman by whom sin originally entered. Therefore, in the redemption of the children of men from sin, He who would be the Redeemer must go back of the man to meet the sin that was in the world before the man sinned.

But as He was made of a woman— not of a man; as He was made of the one by whom sin entered in its very origin into the world—and not made of the man, who entered into the sin after the sin had entered into the world; this demonstrates beyond all possibility of fair question that between Christ and sin in this world and between Christ and human nature as it is under sin in the world there is no kind of separation, even to the shadow of a single degree. He was made flesh; he was made to be sin. He was made flesh as flesh is and only as flesh is in this world and was made to be sin only as sin is.

And this must He do to redeem lost mankind. For Him to be separated a single degree or a shadow of a single degree in any sense from the nature of those whom He came to redeem would be only to miss everything.

Consequently, it is true, without any sort of exception, that “in all things it behooved Him to be made like unto His brethren.” (Hebrews 2:17)

If He were not of the same flesh as are those whom He came to redeem, then there is no sort of use of His being made flesh at all. More than this: Since the only flesh that there is in this wide world which He came to redeem is just the poor, sinful, lost, human flesh that all mankind have; if this is not the flesh that he was made, then He never really came to the world which needs to be redeemed. For if he came in a human nature different from that which human nature in this world actually is, then, even though He were in the world, yet for any practical purposes in reaching man and helping him, he was as far from him as if He had never come, for, in that case, in His human nature He was just as far from man and just as much of another world as if He had never come into this world at all.

It is thoroughly understood that in His birth Christ did partake of the nature of Mary—the “woman” of whom He was “made.” But the carnal mind is not willing to allow that God in His perfection of holiness could endure to come to men where they are in their sinfulness. Therefore endeavor has been made to escape the consequences of this glorious truth, which is the emptying of self, by inventing a theory that the nature of the virgin Mary was different from the nature of the rest of mankind; that her flesh was not exactly such flesh as is that of all mankind. This invention sets up that by some special means Mary was made different from the rest of human beings, especially in order that Christ might be becomingly born of her.

The official and “infallible” doctrine of the Immaculate Conception, as solemnly defined as an article of faith, by Pope Pius IX, speaking ex cathedra on the 8th of December 1854 is as follows:

“By the authority of our Lord Jesus Christ of the blessed apostles Peter and Paul, and by our own authority, we declare, pronounce, and define that the doctrine which holds that the most blessed Virgin Mary, in the first instant of her conception, by a special grace and privilege of Almighty God, in view of the merits of Jesus Christ, the Saviour of mankind, was preserved free from all stain of original sin, has been revealed by God, and therefore is to be firmly and steadfastly believed by all the faithful.

“Wherefore, if any shall presume, which may God avert, to think in their heart otherwise then has been defined by us, let them know, and moreover understand, that they are condemned by their own judgment, that they have made shipwreck as regards the faith, and have fallen away from the unity of the Church.” (Catholic Belief, page 214)

This conception is defined by Catholic writers thus:

“The ancient writing, ‘De Nativitate Christi,’ found in St. Cyprian’s works says: Because (Mary) being ‘very different from the rest of mankind, human nature, but not sin, communicated itself to her.’

“Theodore, patriarch of Jerusalem, said in the second council of Nice, that Mary ‘is truly the mother of God, and virgin before and after childbirth; and she was created in a condition more sublime and glorious than that of all natures, whether intellectual or corporeal.’” (Ibid, pages 216, 217)

This plainly puts the nature of Mary entirely beyond any real likeness or relationship to mankind or human nature as it is. Having this clearly in mind, let us follow this invention in its next step. Thus it is, as given in the words of Cardinal Gibbons:

“We affirm that the Second Person of the Blessed Trinity, the Word of God, who in His divine nature is, from all eternity, begotten of the Father, consub- stantial with Him, was in the fulness of time again begotten, by being born of the virgin, thus taking to himself from her maternal womb a human nature of the same substance with hers.

“As far as the sublime mystery of the incarnation can be reflected in the natural order, the blessed Virgin, under the overshadowing of the Holy Ghost, by communicating to the Second Person of the adorable Trinity, as mothers do, a true human nature of the same substance with her own, is thereby really and truly His mother.” (Faith of Our Fathers, pages 198, 199)

Now put these two things together. First, we have the nature of Mary defined as being not only “very different from the rest of mankind,” but “more sublime and glorious than all natures:” thus putting her infinitely beyond any real likeness or relationship to mankind as we really are.

Next, we have Jesus described as taking from her a human nature of the same substance as hers.

From this theory it therefore follows as certainly as that two and two make four, that in His human nature the Lord Jesus is “very different” from the rest of mankind; indeed, His nature is not human nature at all.

But such is not the faith of Jesus. The faith of Jesus is that “as the children are partakers of flesh and blood, He also Himself likewise took part of the same.” (Hebrews 2:14)

In the quotations of Catholic faith which in this chapter we have cited, we have presented the faith of Rome as to the human nature of Christ and of Mary. In the second chapter of Hebrews and kindred texts of Scripture there is presented—and in these studies we have endeavored to reproduce as there presented—the faith of Jesus as to the human nature of Christ.

The faith of Rome as to the human nature of Christ and Mary and of ourselves springs from that idea of the natural mind that God is too pure and too holy to dwell with us and in us in our sinful human nature; that sinful as we are, we are too far off for Him in His purity and holiness to come to us just as we are.

The true faith—the faith of Jesus—is that, far off from God as we are in our sinfulness, in our human nature which He took, He has come to us just where we are; that, infinitely pure and holy as He is, and sinful, degraded, and lost as we are, He in Christ by His Holy Spirit will willingly dwell with us and in us to save us, to purify us, and to make us holy.

The faith of Rome is that we must be pure and holy in order that God shall dwell with us at all.

The faith of Jesus is that God must dwell with us and in us in order that we shall be holy or pure at all.

(This article was taken from pages 32-39 of the book, The Consecrated Way to Christian Perfection, by Alonzo T. Jones. Some editing has been done for this publication.    Editor)