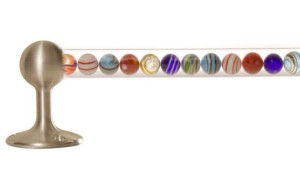 Chapter 7—The Law of Heredity

“When the fulness of the time was come, God sent forth His Son, made of a woman.” (Galatians 4:4)

We have seen that in His being made of a woman, Christ reached sin at the very fountain head of its entrance into this world and that He must be made of a woman to do this. Also there was laid upon Him the iniquity, in the actual sins, of us all.

Only thus could it be that there should be laid upon Him the iniquity of us all. Only by His subjecting Himself to the law of heredity could He reach sin in full and true measure as sin truly is. Without this there could be laid upon Him our sins which have been actually committed, with the guilt and condemnation that belong to them. But beyond this there is in each person, in many ways, the liability to sin inherited from generations back which has not yet culminated in the act of sinning but which is ever ready, when occasion offers, to blaze forth in the actual committing of sins. David’s great sin is an illustration of this. (Psalm 51:5; 2 Samuel 11:2)

In delivering us from sin, it is not enough that we shall be saved from the sins that we have actually committed; we must be saved from committing other sins. And that this may be so, there must be met and subdued this hereditary liability to sin; we must become possessed of power to keep us from sinning—a power to conquer this liability, this hereditary tendency that is in us to sin.

All our sins which we have actually committed were laid upon Him, were imputed to Him, so that His righteousness may be laid upon us, may be imputed to us. Also our liability to sin was laid upon Him, in His being made flesh, in His being born of a woman, of the same flesh and blood as we are, so that His righteousness might be actually manifested in us as our daily life.

Thus He met sin in the flesh which He took and triumphed over it, as it is written: “God sending His own Son in the likeness of sinful flesh, and for sin, condemned sin in the flesh.” (Romans 8:3) And again: “He is our peace,… having abolished in His flesh the enmity.” (Ephesians 2:14, 15)

And thus it is that for the sins which we have actually committed, for the sins that are past, His righteousness is imputed to us, as our sins were imputed to Him. And to keep us from sinning His righteousness is imparted to us in our flesh as our flesh, with its liability to sin, was imparted to Him. Thus He is the complete Saviour. He saves from all the sins that we have actually committed and saves equally from all the sins that we might commit dwelling apart from Him.

In that genealogy there are Jehoiakim, who for his wickedness was “buried with the burial of an ass, drawn and cast forth beyond the gates of Jerusalem” (Jeremiah 22:19); Manasseh, who caused Judah to do “worse than the heathen” (2 Chronicles 33:9); Ahaz, who “made Judah naked, and transgressed sore against the LORD” (2 Chronicles 28:19); Rehoboam, who was born of Solomon after Solomon turned from the Lord; Solomon himself, who was born of David and Bathsheba; there are also Ruth the Moabitess and Rahab; as well as Abraham, Isaac, Jesse, Asa, Jehoshaphat, Hezekiah, and Josiah: the worst equally with the best. And the evil deeds of even the best are recorded equally with the good. And in this whole genealogy there is hardly one whose life is written upon at all of whom there is not some wrong act recorded.

Thus, both by heredity and by imputation, He was laden with the sins of the world. And, thus laden, at this immense disadvantage He passed triumphantly over the ground where at no shadow of any disadvantage whatever, the first pair failed.

By His death He paid the penalty of all sins actually committed, and thus can justly bestow His righteousness upon all who choose to receive it. And by condemning sin in the flesh, by abolishing in His flesh the enmity, He delivers from the power of the law of heredity and so can, in righteousness, impart His divine nature and power to lift above that law, and hold above it, every soul that receives Him.

And so it is written: “When the fulness of the time was come, God sent forth His Son, made of a woman, made under the law, to redeem them that were under the law, that we might receive the adoption of sons.” (Galatians 4:4) And “God sending His own Son in the likeness of sinful flesh, and for [on account of] sin, condemned sin in the flesh: that the righteousness of the law might be fulfilled in us, who walk not after the flesh, but after the Spirit.” (Romans 8:3, 4) And “He is our peace,… having abolished in His flesh the enmity,… for to make in Himself of twain [God and man] one new man, so making peace.” (Ephesians 2:14, 15)

Thus, “in all things it behooved Him to be made like unto His brethren.… For in that He Himself hath suffered being tempted, He is able to succor them that are tempted.” (Hebrews 2:17, 18)

Whether temptation be from within or from without, He is the perfect shield against it all; and so saves them “to the uttermost that come unto God by him.” (Hebrews 7:25)

God sending His own Son in the likeness of sinful flesh, Christ taking our nature as our nature is in its sinfulness and degeneracy, and God dwelling constantly with Him and in Him in that nature—in this God has demonstrated to all people forever that there is no soul in this world so laden with sins or so lost that God will not gladly dwell with him and in him to save him from it all and to lead him in the way of the righteousness of God.

And so certainly is His name Emmanuel, which is, “God with us.”

(This article was taken from pages 40-44 of the book, The Consecrated Way to Christian Perfection, by Alonzo T. Jones. Some editing has been done for this publication.    Editor)