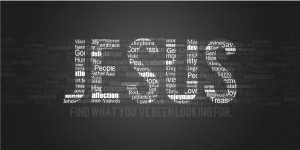 The Bible declares that the gospel is “the power of God unto salvation,” because it reveals “the righteousness [or the goodness] of God.” (Romans 1:16, 17) There is power in knowing the goodness of God—knowing how greatly He loves us, and how far He is willing to go to demonstrate that love. The power of knowing God’s love is enough to melt the heart of the murderer, to bring the rebel to repentance, and to bring continual victory to the redeemed. Every true conversion story can be traced to a revelation of God’s love. The more God’s love is revealed, the more power exists in a person’s life. God giving His Son to die for sinful men is the greatest revelation of that love. John expresses it this way, “In this was manifested the love of God toward us, because that God sent his only begotten Son into the world, that we might live through him.” (1 John 4:9) The thought thrills your heart—to think that the great God of the universe would be willing to give up His own Son to die for our sins! John says that understanding, believing, and dwelling in this love is how our love for God is “made perfect.” (See 1 John 4:16, 17.)

God, the Father, knows, from firsthand experience, the most valuable possession a person can have. He knows that nothing is more valuable to a person than a child whom they love. This is precisely where God tested Abraham’s love and loyalty when He asked him to offer his beloved son, Isaac, for a sacrifice. Abraham’s willingness to obey God’s command proved that he loved God with all his heart. It proved that he would be willing to give up every possession he had for God.

The same thing is true with God. When He gave up His only begotten Son it proved that He is willing to give up every possession, suffer any amount of pain, and endure any hardship in order to save those whom He loves. This is what Paul meant when he said, “He that spared not his own Son, but delivered him up for us all, how shall he not with him also freely give us all things?” (Romans 8:32)

God truly loves us, yet this love can only be comprehended by understanding that God gave His only begotten Son. Therefore, it is Satan’s determined goal to destroy, obliterate, and completely eliminate this truth from the minds of men. Satan knows that the only ones who will be able to overcome and endure unto the end through the upcoming crisis of the mark of the beast are those who believe that Jesus is the begotten Son of God. John wrote, “Who is he that overcometh the world, but he that believeth that Jesus is the Son of God?” (1 John 5:5)

Believing that Jesus is the begotten Son of God enables us to overcome the world by elevating our perception of God’s love and enabling us to love Him with all our hearts in return.

What did Jesus mean when He said He was begotten? Jesus, speaking of Himself, said, “When there were no depths, I was brought forth [born]; when there were no fountains abounding with water. Before the mountains were settled, before the hills was I brought forth [born]… Then I was by him, as one brought up with him: and I was daily his delight, rejoicing always before him.” (Proverbs 8:24, 25, 30)

According to the Bible, Jesus Christ was begotten, which literally means born, before anything was created—long before God sent Him into the world. (See Hebrews 1:1-9; Colossians 1:15; John 3:16, 17; 18:37; and 1 John 4:9.) How He was begotten is not for us to know, but God wants us to realize that the Father and His Son have a close, genuine, father-son relationship that is not just a role or an act.

Understanding God’s love and receiving the power that comes with it, depends upon understanding that Christ is truly the only begotten Son of God. John wrote, “Who is he that overcometh the world, but he that believeth that Jesus is the Son of God?” (1 John 5:5) This is the theme of the gospel, and every New Testament writer was consumed with this subject. The disciples who lived with Jesus and heard His messages firsthand, including many things He said that are not recorded, exclaimed, “we believe and are sure that thou art that Christ, the Son of the living God.” (John 6:69) They also exclaimed, “we believe that thou camest forth from God.” (John 16:30)

The fact that Jesus Christ is the Son of God is so important that at the close of John’s gospel he wrote, “And many other signs truly did Jesus in the presence of his disciples, which are not written in this book: But these are written, that ye might believe that Jesus is the Christ, the Son of God; and that believing ye might have life through his name.” (John 20:30)

Right after Paul learned the gospel directly from Christ Himself, “straightway [immediately] he preached Christ in the synagogues, that he is the Son of God.” (Acts 9:20)

Right after Philip preached the gospel to the eunuch, “Philip said, If thou believest with all thine heart, thou mayest [be baptized]. And he answered and said, I believe that Jesus Christ is the Son of God.” (Acts 8:37)

Martha, a close friend of Jesus, who heard many of His teachings, said to Him, “I believe that thou art the Christ, the Son of God, which should come into the world.” (John 11:27)

Christ said, “Among those that are born of women there is not a greater prophet than John the Baptist.” (Luke 7:28) John the Baptist testified, “And I saw, and bare record that this is the Son of God.” (John 1:34)

Of all the witnesses, the greatest is God the Father Himself. Two times He spoke from heaven saying, “This is my beloved Son.” (Matthew 3:17; 17:5) And we know that God “cannot lie.” (Titus 1:2) If we do not believe God, then we make Him out to be a liar. “He that believeth not God hath made him a liar; because he believeth not the record that God gave of his Son.” (1 John 5:10)

The Bible refers to Christ as God’s Son at least 120 times. The Bible does this by using the phrase “Son of God” forty-seven times. Regarding the genuineness of Christ’s sonship He is called “the only begotten” five times, “the firstborn” three times, “the firstbegotten” once, God’s “holy child” twice. Four verses say He was “begotten” prior to His incarnation. Four verses say that He “proceeded forth from,” “came out from” or “camest forth from” the Father. The evidence on this subject is overwhelming. Christ truly is the literal begotten Son of God, brought forth from the Father before all creation. If God expected us to believe anything different He did a poor job of presenting it in the Bible. In fact, if God had wanted us to believe differently, He purposely confused us by making so many clear statements indicating that Christ is literally the begotten Son of God without the slightest clarification to indicate that we should not take His words in their common meaning. Yet, “God is not the author of confusion, but of peace.”  (1 Corinthians 14:33)

Any writer or public speaker knows that when they use a word or a phrase that could be easily misunderstood, clarifications need to be made to avoid people coming to the wrong conclusions. Yet, throughout the New Testament where Christ is said to be the begotten Son of God, there is never any type of correction or clarification so that these words would not be taken in their natural sense. Jesus said that He is “the only begotten Son of God.” (John 3:18) Concerning another subject, but which can be applied with equal force here, He said, “If it were not so, I would have told you.” (John 14:2)

Understanding that Christ truly died is also of vital importance for us to maintain a close love relationship with God. The glorified Jesus, who is in heaven right now, said, “I am he that liveth, and was dead.” (Revelation 1:18) Also, in Philippians 2:6-8 we read of Christ, who was “in the form of God,” came down to earth, and suffered “death, even the death of the cross.” Paul said “that Christ died for our sins according to the scriptures.”  (1Corinthians 15:3) The Scriptures that Paul refers to here include Isaiah 53:8-12 which says that Christ “was cut off out of the land of the living… And he made his grave with the wicked, and with the rich in his death… the LORD… shalt make his soul an offering for sin… he hath poured out his soul unto death.” All of these terms indicate the completeness of Christ’s death—that no part of Him remained alive while His body rested in the tomb.

From the drunk on the streets, to the hardened criminal, when they first learn about God’s love in giving His Son to die for their sins, they have no question about whether Christ is truly the Son of God or whether He truly died. They accept John 3:16 for what it says, and the power in that thought moves them to repentance. The sad thing is that Satan wants to remove this power from the Christian, and he begins his evil work immediately upon a person’s conversion. All too often, upon joining a church, a newly converted Christian is soon misinformed that God is really a mysterious Trinity, and that the terms Father and Son cannot be taken literally. They are told that because Christ is a part of the Trinity He couldn’t possibly have died. The end result of accepting these theories is that the power that first gave them the victory over sin is removed, and they are left with “a form of godliness” without “the power thereof.” (2 Timothy 3:5)

My friends, God really means what He says. He says that He gave His only begotten Son. If Jesus Christ was not the begotten Son of God before God sent Him into the world, then what did the Father give up? Many sincere Christians believe that Jesus Christ is an exactly equal, same-aged companion of the Father. If this were true, then all the Father gave up was a friend; a companion! If this were true, then the One who loves us the most is Christ, because He is the One who willingly died for us.

It is true that Jesus Christ loves us very much, and we praise and thank Him for that love. However, the Bible teaches that God the Father suffered tremendously when His Son was suffering under the weight of our sins. (Compare Psalm 18:4-11 with Matthew 27:45-51.) In Abraham and Isaac’s story it was obviously the father, Abraham, who suffered more than Isaac when he gave up his beloved son. Jesus said, “the Father himself loveth you.” (John 16:27) John wrote, “Behold, what manner of love the Father hath bestowed upon us.” (1 John 3:1) We cannot behold the love of the Father if we do not know what He gave up for us. “In this was manifested the love of God toward us, because that God sent his only begotten Son into the world, that we might live through him.” (1 John 4:9) God the Father has an only begotten Son whom He willingly gave up so that you could be forgiven of your sins and live for eternity. Praise God for such wonderful love!

I pray that you will come to know “the breadth, and length, and depth, and height” of God’s love in giving up His only begotten Son.