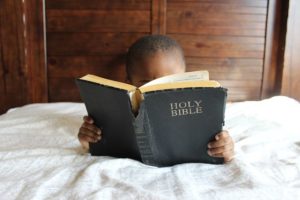 Paul says, “Children, obey your parents in the Lord, for this is right” (Ephesians 6:1). A child is often taught to value more highly the opinion of the world than the teachings of God’s Word, and parents often teach a child to do a thing because of the construction the world will put upon it, rather than to do an act because it is right to do it. When a child is taught to live out what he knows to be right because it is right, he is already far along in that training which God commends, and which makes of him a commandment-keeper. Insist upon a child’s obeying because it is right and pleasing to God (not man) that he should do so. When such a course is taken, and the child comes to maturity, his life will be governed by the principle received in his early youth, and he will be certain to act from convictions of right. How early, then, should a parent begin instruction? is an important question. A physician was once asked the same question, and immediately inquired the age of the child. On being told that it was a year old, he replied, “You have lost just one year.” It might well be said, however, that two years had been lost, because pre-natal influences often cause the bringing of a child into the world handicapped with a multitude of influences the tend to drag it downward. 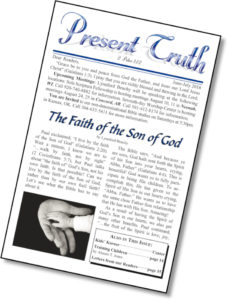 “And ye, fathers, provoke not your children to wrath; but bring them up in the nurture and admonition of the Lord.” “Fathers, provoke not your children to anger, lest they be discouraged” (Ephesians 6:4; Colossians 3:21). Let not the correction be given in such a way as to provoke, torment, or make the child angry, because this might result in discouraging him. Use no extravagant language, such as, “I’ll cut your ears off!” “I’ll put you in a dark cellar where a bear will catch you!” Such things are shameful, and should never be indulged in. A traveller upon a hot, dusty road in a broiling sun once came upon some children playing by the side of a cool cave. “Children,” he said, “why do you not go into the cave to play, where it is cool and shady?” “Oh,” replied a little one, “mamma says there are bears in there, that will eat us up.” “Why, my child,” said the traveller, “there are no bears there, nor any animal that will hurt you.” In astonishment, the little one looked up in his face, and in a puzzled, startled way said, “Why, then mamma lied!” The harm done by the falsehood uttered by that careless mother will never be known until the day of Judgment! Let your aim be to have your children realize that you always speak the truth. Never forfeit their confidence. If stories are told, let them be such as will raise the child’s thoughts to God, and help it to understand that God is a good and merciful Father. May it ever be our study, how to bring up our children in the fear, the nurture, and the admonition of the Lord.

(This article was taken from the August 15, 1889 issue of Bible Echo and Signs of the Times. Some minor editing was done for this publication.    Editor)