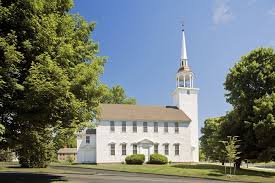 “I have a few Unitarian friends that believe Father, Son and Holy Ghost are only one being. They believe that the Father is the mind; the Son, the body; and the Holy Ghost, the spirit. They say humans are made the same way: Father, Son, and Holy Ghost; Mind, Body and Spirit. What would you say on this statement about humans?”

It is evident that all humans have a body, however the mind and spirit are used interchangeably in the Bible making it appear that they are the same thing. For example, notice the following verse: “And the Spirit [Hebrew: ruwach] of the LORD fell upon me, and said unto me, Speak; Thus saith the LORD; Thus have ye said, O house of Israel: for I know the things that come into your mind [Hebrew: ruwach], every one of them.” (Ezekiel 11:5) The translators of the King James Bible translated the same Hebrew word ruwach into “Spirit” in some places, and “mind” in others. Solomon wrote, “A fool uttereth all his mind [Hebrew: ruwach]: but a wise man keepeth it in till afterwards.” (Proverbs 29:11)

The spirit of man is obviously the place where he thinks, otherwise known as the mind of man. This spirit or mind goes back to God at the point of death. Whether that man was the most vile criminal or the most righteous saint, his spirit goes back to God who gave it at the point of his death. “Then shall the dust return to the earth as it was: and the spirit shall return unto God who gave it.” (Ecclesiastes 12:7) Many suppose that the spirit of man goes back to God in a conscious condition at the point of death, but there is nothing in the verse that indicates such a conclusion. In fact, in the very same book, Solomon wrote, “For the living know that they shall die: but the dead know not any thing.” (Ecclesiastes 9:5) [For a thorough Bible study on the condition of the dead between the time of death and their resurrection, please contact us and request the study entitled, “What the Bible Says About Hell.]

The Bible describes how humans were created. “And the LORD God formed man of the dust of the ground, and breathed into his nostrils the breath of life; and man became a living soul.” (Genesis 2:7) Job wrote, “All the while my breath is in me, and the spirit [Hebrew: ruwach] of God is in my nostrils.” (Job 27:3) God put His spirit in man and he became a living soul. Body + spirit = living soul. Body – spirit = dead soul. “For as the body without the spirit is dead, so faith without works is dead also.” (James 2:26)

It is true that man is a spiritual being with a mind and a physical body. However, to use this fact to try to prove a trinity is fruitless, for man is definitely not three persons in one man as many suppose the trinity to be.