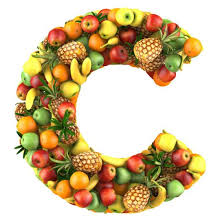 Some recent news articles have brought out the information that vitamin C can be harmful to your health. Among other things, it is said that vitamin C can cause an increase in the thickness of the walls of arteries, and that it can cause damage to DNA. This is in dosages of five hundred to a thousand milligrams per day.

Opposed to this are more than 24,000 studies and articles about the benefits and effective dosages of vitamin C. It is one of the most researched subjects in all of science. Some of the evidence goes back more than fifty years.

About fifty years ago, Linus Pauling found that high doses of vitamin C could cure the common cold, fight cancer and heart disease, and even help people live longer. It was in 1954 that Dr. Pauling won the Nobel Prize in chemistry and in 1962 he won the Nobel Peace Prize. He was not unfamiliar with meticulous research.

Dr. Pauling himself took large doses of vitamin C daily for many years. He died in 1994 at the age of ninety-three. After all the time that has passed since Dr. Pauling began his work with vitamin C, most of the research done is still proving him right, no matter what some today are saying.

The benefits of vitamin C fall into three major categories: antioxidant, antitoxin, and anti-aging benefits. A listing of some of these benefits is as follows:

1.    Prevents cholesterol from oxidizing in arteries.

2.    Shortens intensity and duration of colds and flu.

3.    Antidote to chronic and acute toxicity in the forms of poisons, excessive alcohol and drugs, pesticides, radiation, carbon monoxide, mercury, and lead.

3.    Topical forms can reduce the appearance of wrinkles.

4.    Slows shortening of telomeres, slowing the genetic clock for aging.

So vitamin C can do a lot more than prevent colds. There are some problems that might interfere: studies have shown that stressful lifestyles and polluted environment cause increased need for vitamin C, aspirin triples the excretion rate from the body, and smoking one cigarette destroys about twenty-five milligrams of it.

Most animals make their own vitamin C internally from glucose, but humans can’t do it. We need to get vitamin C from our diet. The best sources are fresh fruits and vegetables. The highest sources include citrus fruits, apricots, blackberries, and cherries. Other good sources are: onions, tomatoes, peppers, strawberries, pineapple, melons, papaya, kiwi fruit, broccoli, asparagus, and most greens.

Light, oxygen, and heat can destroy vitamin C, so fresh raw fruits and vegetables are the best source. Another option is supplements, but consider that vitamin C, by official definition, is ascorbic acid, which is only a part of the natural vitamin C complex. One possible problem with today’s research is that it used highly purified manufactured ascorbic acid, which was not available fifty years ago when Linus Pauling did his studies.

The current recommended daily allowance of vitamin C is sixty milligrams a day. This dose is the bare minimum needed to prevent scurvy. This amount is not enough to slow aging, reduce risk of viral illness, or prevent chronic degeneration. According to some advocates of vitamin C therapy, five hundred milligrams daily is the minimum dose needed.

Linus Pauling took twelve thousand to eighteen thousand milligrams daily for decades. Very high doses taken orally can cause diarrhea, so most people wouldn’t be able to take that much, and it probably isn’t necessary to take so much regularly. Five hundred to fifteen hundred milligrams once or twice a day would be enough for most people. Higher amounts would be used only if needed because of an acute illness.

Winter is coming on with its increase in colds and flu, making this a good time to try out this therapy, both as a preventive and a cure if you become ill anyway. One doctor recommends taking one thousand milligrams of vitamin C every two hours, with twelve ounces of water, until the symptoms go away. You can use this in addition to whatever else you use, such as garlic or Echinacea, or whatever.

(George McDaniel is my father-in-law, and has been a registered nurse for many years, which, along with much research, has taught him many useful health principles. While we believe these principles to be helpful, we are not responsible for any negative effects resulting from the use of remedies or recommendations in this article. Use them at your own risk.    Editor)