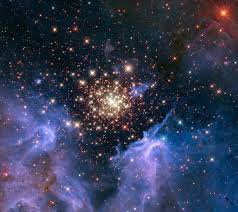 “The other question is about Gabriel in Daniel, who revealed to Daniel the meaning of his vision on the final days. Was Gabriel actually Jesus? What other Scriptures support such a concept?”

No, Gabriel was not Jesus, for Gabriel was the one who announced to Mary that Jesus would be born of her. There are not any verses in the Bible that support such an idea.

Here are all the verses that mention Gabriel:

Daniel 8:16 “And I heard a man’s voice between the banks of Ulai, which called, and said, Gabriel, make this [man] to understand the vision.”

Daniel 9:21 “Yea, whiles I was speaking in prayer, even the man Gabriel, whom I had seen in the vision at the beginning, being caused to fly swiftly, touched me about the time of the evening oblation.”

Luke 1:19 “And the angel answering said unto him, I am Gabriel, that stand in the presence of God; and am sent to speak unto thee, and to shew thee these glad tidings.”

Luke 1:26 “And in the sixth month the angel Gabriel was sent from God unto a city of Galilee, named Nazareth.”