Home > 2001 > Authors > Bible Study > December 01 > Lynnford Beachy > Nature of Christ > Newsletters > Questions and Answers > Son of God > Son of God Q&A > Was the death of Jesus merely a human sacrifice or was it possible that He risked eternal life? 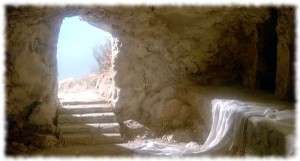 “Please help me to grasp more clearly the atonement and resurrection of Jesus Christ. Was the death of Jesus merely a human sacrifice or was it possible that He risked eternally the very life which is in the Father and was GIVEN to Him (John 5:26) on behalf of sinful humanity?
“I understand that the Father alone has immortality. He is the source of all life, and that it is impossible for God the Father to die, but because Jesus was given this same life that the Father has, was it possible that Jesus could actually lose His gift of immortality when He became man’s substitute.
“Is Jesus self-existent in the sense of when He was begotten of the Father He then became self-existent because He received eternal life unique to divinity? Or is this understanding incorrect?
“Assuming that Jesus is self-existent and possessed this divine life as well as biological life as a divine human person. It has been suggested that at the resurrection His divinity raised His humanity from the grave. But the Scripture states that it was the Father who raised Him. Why was it necessary for the Father to raise Him if His divine nature is self-existent, and gave Him the ability to do this Himself?”

You brought up some excellent questions. No, the death of Jesus was not merely a human sacrifice. Yes, He risked losing for eternity the life that His Father had given Him, along with his mortal life. His death was a divine/human sacrifice. You are right that the Father is the only One in the universe who has absolute immortality and cannot die under any circumstance. You are also right that the Father gave His Son self-existent life. The Son does not have to depend upon some outside source to keep Him alive. Jesus said, “For as the Father hath life in himself; so hath he given to the Son to have life in himself.” (John 5:26) It is obvious that this life was not in the Son before the Father gave it to Him. When the Son was given this life is not certain, other than it had to have been prior to the time Christ made this statement because He described the giving of this life as a completed action in the past. It could have been at the time He was “brought forth” from the Father (Proverbs 8:24, 25) or at some later time. The Bible says that “Blessed be the God and Father of our Lord Jesus Christ,… who first trusted in Christ.” (Ephesians 1:3, 12) The Father trusted His Son with the gift of self-existent life.

You are right to say that the Scripture states that the Father raised His Son from the dead. Paul wrote, “Paul, an apostle, (not of men, neither by man, but by Jesus Christ, and God the Father, who raised him from the dead.)” (Galatians 1:1)

While Jesus was a man He was not self-existent, or His words could not be true when He said, “I can of mine own self do nothing.” (John 5:30) He depended upon His Father for everything while He was a man. (For a thorough study on this subject contact us and request the tract entitled “God’s Plan to Save You.”)