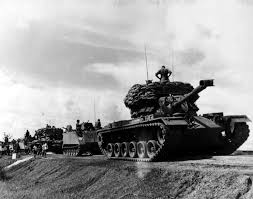 If the Ten Commandments are still binding today they need to be observed in the same way. One of the commandments given is “Thou shalt not kill.” But the Israelites went to war with their enemies.

The Ten Commandments are still binding, yet their requirements are of a much higher nature now that Christ expounded on the law and sent His Spirit to abide in us “That the righteousness of the law might be fulfilled in us, who walk not after the flesh, but after the Spirit.” (Romans 8:4) The Ten Commandments prohibit us from murdering, yet Jesus’ explanation of that law even prohibits us from being angry with our brother. This elevated the law’s requirements rather than relaxing them.

Also, when God said, “Thou shalt not kill,” He used the Hebrew word xur ratsach which means, “to murder, slay 1a1) premeditated, 1a2) accidental, 1a3) as avenger, 1a4) slayer (intentional).” (Brown-Driver-Brigg’s Hebrew Lexicon) This Hebrew word was used 47 times in the Old Testament. In every case it is used as either premeditated murder, accidental murder or avenging the intentional murder of someone else. It is never used in a case where God commanded Israel to kill their enemies in battle. God was not breaking His own command, or causing His people to break His own command, when He commanded them to kill their enemies in battle. Yet, we are no longer under a theocracy where God directly commands and instructs the government leaders. Christ gave us a deeper meaning of the law, and under the New Testament we are to love our enemies and do good to them that hate us. (Matthew 5:44) This does not abolish the old commandment, but elevates it and makes it honourable.