Question:  What is the lake of fire? 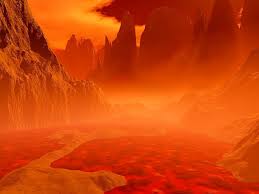 “I am wondering about your view of the lake of fire. Do you believe that everyone will be instantly annihilated when they are thrown there? I have heard false explanations of Rev. 20:10 that are not accurate with the Greek. The Greek plainly shows that they will be tormented for ever and ever. It also would seem as if (other than the 7 vials) the beast and the false prophet would be getting off easy since they are, ‘cast alive into the lake of fire.’ (Rev. 19:20) It seems, according to annihilation, that they get to skip right on through death and judgment by just disappearing… The way Scripture puts it in Revelation 20:10 is that they will be ‘tormented for ever and ever.’ The word torment here denotes ‘pain.’ How can someone experience any pain if they are non-existent?”

Regarding the biblical term “for ever,” please read the previous two questions and their answers (What is Unquenchable Fire, Do You Believe Satan is Tormented Forever?). According to the Bible, “the lake of fire… is the second death” (Revelation 20:14), and it is certain there will be pain there, for death by fire is painful, especially if it is prolonged. The description that Zechariah gives in chapter 14, verse12, of his book is a very vivid picture of pain, and it is referring to this very same scene. However, in both cases it is brought out that this pain and death will come to completion. Three times in Zechariah’s account they are said to “consume away.” In John’s account it is said that “fire… devoured them.”

The beast and the false prophet are not two individuals, but rather two religious/political systems. These systems will be destroyed at the second coming of Christ—at the beginning of the 1000 years. After they are destroyed they will never come back. The people that compose these systems will be resurrected after the thousand years, but the systems themselves will be completely destroyed.

I have to agree with the following commentary on this subject: “The symbol [lake of fire] indicates utter destruction. What is cast into this lake is seen no more.” (People’s New Testament Notes on Revelation 19:20) Some people get confused about this because the beast and the false prophet are mentioned in Revelation 20:10—after the thousand years are expired. It says, “And the devil that deceived them was cast into the lake of fire and brimstone, where the beast and the false prophet are, and shall be tormented day and night for ever and ever.” (Revelation 20:10) I want you to notice that the word “are” is a supplied word, not found in the original Greek. The Revised Standard Version inserted the word “were” instead of “are,” which is more consistent with the rest of the Bible. Satan will be cast into the same lake of fire that the beast and the false prophet were cast into, yielding the same results—complete destruction.

When death and hell are thrown into the lake of fire they are destroyed, never to return, the same as the beast and the false prophet, and Satan himself. This will be “the reward of the wicked.” (Psalm 91:8) “They shall be as though they had not been.” (Obadiah 16)