“When a Christian dies where does he go?”

This is an excellent question. The Bible says, “But I would not have you to be ignorant, brethren, concerning them which are asleep, that ye sorrow not, even as others which have no hope.” (1 Thessalonians 4:13) The Bible says that after we die, we are asleep. 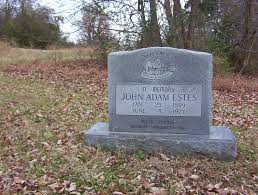 (Daniel 12:2) “All go unto one place; all are of the dust, and all turn to dust again.” (Ecclesiastes 3:20) “In the sweat of thy face shalt thou eat bread, till thou return unto the ground; for out of it wast thou taken: for dust thou art, and unto dust shalt thou return.” (Genesis 3:19) When we die we turn into dust again, and sleep until the Lord awakens us.

“Then shall the dust return to the earth as it was: and the spirit [Hebrew: Ruwach] shall return unto God who gave it.” (Ecclesiastes 12:7) When a man dies, there will be a time when he lives again, whether he is raised in the resurrection of the just, or of the unjust. His mind, which contains his life history, will be given to him again at his resurrection. He will come forth from the grave with the same character and manner of thinking that he had before death.

When the dead are raised God will give them back their spirit (mind, or breath), which was in them before. During their sleep in the grave they were not alive anywhere. “For as the body without the spirit is dead, so faith without works is dead also.” (James 2:26)

When God formed man out of the dust of the earth, He breathed into his nostrils the breath (spirit of man) of life. “All the while my breath is in me, and the spirit[Ruwach] of [or from] God is in my nostrils.” (Job 27:3) The breath of life is that spirit that goes back to God who gave it. Even the wicked—when they die their spirit goes back to God who gave it. “Who knoweth the spirit [Ruwach] of man that goeth upward, and the spirit [Ruwach] of the beast that goeth downward to the earth?” (Ecclesiastes 3:21)

The spirit of man goes upward to God who gave it. Whether the man was the vilest of criminals, or whether he was the most righteous saint, his spirit goes back to God who gave it. Man will live again, hence it is necessary for God to keep the record of what that man was like. A beast, on the other hand, will not live again, so his spirit goes down to the earth, never to be revived.

Are dead people conscious right now? The Bible says “the living know that they shall die: but the dead know not any thing.” (Ecclesiastes 9:5)

“But,” some may say, “don’t the righteous go straight to heaven when they die?” “Men and brethren, let me freely speak unto you of the patriarch David, that he is both dead and buried, and his sepulchre is with us unto this day. … For David is not ascended into the heavens: but he saith himself, The Lord said unto my Lord, Sit thou on my right hand.” (Acts 2:34) David will be in heaven, but he has not yet ascended to heaven. Peter’s argument was “We know that David is not in heaven, because his sepulchre is still with us.” Peter knew that David’s bones were still in the grave.

Christ is risen from the dead. Are His bones still in the tomb where He was buried? No! Anyone who still has bones on this earth could not possibly be in heaven. This is the argument that was made on the day of Pentecost in Acts chapter two. When Christ was raised from the dead, the Bible tells us, many were raised at that time. Are their bones still in the grave? Certainly not!

“And the graves were opened; and many bodies of the saints which slept arose, And came out of the graves after His resurrection, and went into the holy city, and appeared unto many.” (Matthew 27:52, 53) All those who are in heaven now do not have bones that remain on this earth.

“So Moses the servant of the Lord died there in the land of Moab, according to the word of the Lord. And He buried him in a valley in the land of Moab, over against Bethpeor: but no man knoweth of his sepulchre unto this day.” (Deuteronomy 34:5, 6) Moses died, and was buried, but no man could find his sepulchre because the Lord raised him from the dead.

“Yet Michael the archangel, when contending with the devil he disputed about the body of Moses, durst not bring against him a railing accusation, but said, The Lord rebuke thee.” (Jude 9) The fact that Moses was raised from the dead is evident by his appearing with Elijah at the mount of transfiguration. Elijah was taken to heaven on a fiery chariot without seeing death. “And, behold, there talked with Him [Jesus] two men, which were Moses and Elias.” (Luke 9:30)

David, who has not yet ascended to heaven, said, “As for me, I will behold thy face in righteousness: I shall be satisfied, when I awake, with thy likeness.” (Psalm 17:15) David will be satisfied when he awakes from death, not during the time that he is dead.

“Thy dead men shall live, together with my dead body shall they arise. Awake and sing, ye that dwell in dust: for thy dew is as the dew of herbs, and the earth shall cast out the dead.” (Isaiah 26:19) The first thing we notice about this verse is that the dead men shall, at some time in the future, live again. These people are not living now, but they shall live at some time in the future. Right now they are those who dwell in the dust. We have already seen that when we die we return to dust, there to remain in unconscious sleep until the Lord raises us from the dead.