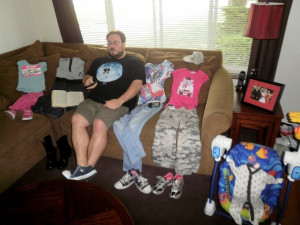 Question: When will the rapture take place?

“When will the rapture take place—before the tribulation or after?”

This is an excellent question. Recently there has been much thought on this issue due to the “Left Behind” series of videos, books, and cassettes that are found in many Bible book stores. There is even a song on the radio about this with a line that says, “You’ve been left behind.” Each of these media are designed to portray the idea that, just before the tribulation, Christ will return secretly to rescue His people from the hard times ahead. The idea that all the Christians will one day mysteriously disappear, while the wicked are left on the earth, is called the “secret rapture,” and is based on a misunderstanding of what Jesus said in Matthew chapter twenty-four. Jesus prophesied, “Then shall two be in the field; the one shall be taken, and the other left. Two women shall be grinding at the mill; the one shall be taken, and the other left.” (Matthew 24:40, 41) Many assume from these verses that Jesus was saying that there will be a day when the righteous will be taken to heaven and the wicked will be left here on the earth. However, look at the verses again, and you will see that Jesus did not say who would be taken, nor did He say where they would be taken.

In order to assume that the righteous are taken to heaven while the wicked are left to go through the tribulation, one would have to ignore the immediate context of Christ’s words. Let us look at the context to get an understanding of what Jesus was talking about. Jesus said,

Jesus used the story of Noah and the flood as a parallel to what would happen at the second coming of Christ. In Noah’s day the world was deeply involved in their worldly lives, oblivious to what was about to happen. They were like the wicked will be just before the second coming of Christ who say, “Where is the promise of his coming? for since the fathers fell asleep, all things continue as they were from the beginning of the creation.” (2 Peter 3:4) Jesus said that when the flood came it took them all away. Who did the flood take away, was it the righteous or the wicked. Certainly! The flood took away the wicked in death. The only ones left were the eight righteous people on the ark. In the story of Noah’s ark, the wicked were taken in death, and the righteous were left alive. Immediately after telling this story Jesus said, “so shall also the coming of the Son of man be. Then shall two be in the field; the one shall be taken, and the other left. Two women shall be grinding at the mill; the one shall be taken, and the other left.” (Matthew 24:39-41)

The questions that must be asked are: who will be taken? who will be left? and where will the ones who will be taken go? From the immediate context all these questions have an obvious answer. At Christ’s second coming the wicked will be taken in death, and the righteous will be left standing alive. This scene is described in Revelation chapter six. Here we read, “And the kings of the earth, and the great men, and the rich men, and the chief captains, and the mighty men, and every bondman, and every free man, hid themselves in the dens and in the rocks of the mountains; And said to the mountains and rocks, Fall on us, and hide us from the face of him that sitteth on the throne, and from the wrath of the Lamb: For the great day of his wrath is come; and who shall be able to stand?”(Revelation 6:15-17) Only the righteous will be able to stand when Christ comes. They will be the ones left.

Paul wrote, “For the Lord himself shall descend from heaven with a shout, with the voice of the archangel, and with the trump of God: and the dead in Christ shall rise first: Then we which are alive and remain shall be caught up together with them in the clouds, to meet the Lord in the air: and so shall we ever be with the Lord.” (1 Thessalonians 4:16, 17) The ones who are left alive will be caught up to be with Christ.

Paul said that the man of sin will be destroyed by the brightness of Christ’s coming, which will also be true of all the wicked. “And then shall that Wicked be revealed, whom the Lord shall consume with the spirit of his mouth, and shall destroy with the brightness of his coming.” (2 Thessalonians 2:8)

The disciples who heard Christ’s words wanted a clarification of what Christ was talking about, so they asked Him, “Where, Lord?” Were they asking “where will they be taken?” or “where will they be left?” The answer is obvious, they could not be asking where will they be left, because Jesus had plainly told them that the one in a bed will be left in the bed, the one at the grinding mill will be left at the grinding mill, the one in the field will be left in the field. The disciples wanted to know where the ones taken would go. Jesus answered, “Wheresoever the body is, thither will the eagles be gathered together.” (Luke 17:37) Here Christ is saying that the ones taken will be taken in death, and their dead bodies will attract flesh-eating birds. We read about this in Revelation: “And I saw an angel standing in the sun; and he cried with a loud voice, saying to all the fowls that fly in the midst of heaven, Come and gather yourselves together unto the supper of the great God; That ye may eat the flesh of kings, and the flesh of captains, and the flesh of mighty men, and the flesh of horses, and of them that sit on them, and the flesh of all men, both free and bond, both small and great.”(Revelation 19:17, 18)

After examining the evidence, we can see that Christ was not talking about a secret rapture when He said, “one shall be taken, and the other left.” In fact, if Christ had been referring to such a teaching He would have contradicted His own words that He spoke a few minutes earlier. He said that the Christians would be here during the tribulation. He said, “And ye shall hear of wars and rumours of wars: see that ye be not troubled: for all these things must come to pass, but the end is not yet. For nation shall rise against nation, and kingdom against kingdom: and there shall be famines, and pestilences, and earthquakes, in divers places. All these are the beginning of sorrows. Then shall they deliver you up to be afflicted, and shall kill you: and ye shall be hated of all nations for my name’s sake. And then shall many be offended, and shall betray one another, and shall hate one another. But he that shall endure unto the end, the same shall be saved.” (Matthew 24:6-10, 13) I doubt anyone could have convinced a Christian in the World Trade Center on 9-11 that they would be secretly raptured before things got really bad. Nor would the true Christians during the Dark Ages, who were tortured to death, have believed such fables.

Jesus said, “But pray ye that your flight be not in the winter, neither on the sabbath day: For then shall be great tribulation, such as was not since the beginning of the world to this time, no, nor ever shall be. And except those days should be shortened, there should no flesh be saved: but for the elect’s sake those days shall be shortened.” (Matthew 24:20-22) It would be pointless for Jesus to admonish us to pray that our flight be not in the winter or on the Sabbath day if we were to be raptured before the tribulation.

Jesus continued, “Then if any man shall say unto you, Lo, here is Christ, or there; believe it not. For there shall arise false Christs, and false prophets, and shall shew great signs and wonders; insomuch that, if it were possible, they shall deceive the very elect. Behold, I have told you before. Wherefore if they shall say unto you, Behold, he is in the desert; go not forth: behold, he is in the secret chambers; believe it not. For as the lightning cometh out of the east, and shineth even unto the west; so shall also the coming of the Son of man be. For wheresoever the carcase is, there will the eagles be gathered together.” (Matthew 24:23-28)

Jesus said specifically that if anyone tells you that Christ has come secretly we are not to believe it. He said that His coming would be as the lightening, filling the entire sky so that every eye shall see Him. “Behold, he cometh with clouds; and every eye shall see him, and they also which pierced him: and all kindreds of the earth shall wail because of him. Even so, Amen.” (Revelation 1:7) “And then shall they see the Son of man coming in the clouds with great power and glory.” (Mark 13:26)

Jesus specifically warned us that there would arise false prophets who would seek to deceive His people on this very subject, and we can see His prophecy fulfilled today. Many false prophets are proclaiming that Christ will come secretly for His people, but Jesus told us when He would come for His people. He said, “Immediately after the tribulation of those days shall the sun be darkened, and the moon shall not give her light, and the stars shall fall from heaven, and the powers of the heavens shall be shaken: And then shall appear the sign of the Son of man in heaven: and then shall all the tribes of the earth mourn, and they shall see the Son of man coming in the clouds of heaven with power and great glory. And he shall send his angels with a great sound of a trumpet, and they shall gather together his elect from the four winds, from one end of heaven to the other.” (Matthew 24:29-31)