Question: Who is Satan? 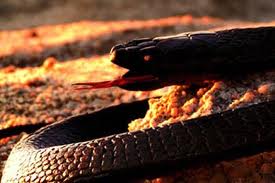 “Who is Satan? Who made him? Where did he come from? What was he before?”

The name Satan means, “adversary.” This name was given to the first rebel in the universe after he had become an adversary to God and to His government. Before this being rebelled against God, he was a highly exalted angel, called Lucifer. We read about him in Isaiah chapter 14. Here it says,

“How art thou fallen from heaven, O Lucifer, son of the morning! how art thou cut down to the ground, which didst weaken the nations! For thou hast said in thine heart, I will ascend into heaven, I will exalt my throne above the stars of God: I will sit also upon the mount of the congregation, in the sides of the north: I will ascend above the heights of the clouds; I will be like the most High. Yet thou shalt be brought down to hell, to the sides of the pit.” (Isaiah 14:12-15)

Here we learn that Lucifer had been in heaven, but because of his sin he was expelled from there. He is also called, “son of the morning.” This could indicate that Lucifer was the first, or one of the first angels that God created.

In Ezekiel chapter 28 we learn more about this angel. Speaking of Satan under the symbol of the king of Tyrus, God says,

“Son of man, take up a lamentation upon the king of Tyrus, and say unto him, Thus saith the Lord GOD; Thou sealest up the sum, full of wisdom, and perfect in beauty. Thou hast been in Eden the garden of God; every precious stone was thy covering, the sardius, topaz, and the diamond, the beryl, the onyx, and the jasper, the sapphire, the emerald, and the carbuncle, and gold: the workmanship of thy tabrets and of thy pipes was prepared in thee in the day that thou wast created. Thou art the anointed cherub that covereth; and I have set thee so: thou wast upon the holy mountain of God; thou hast walked up and down in the midst of the stones of fire. Thou wast perfect in thy ways from the day that thou wast created, till iniquity was found in thee.” (Ezekiel 28:12-15)

Here we learn that Lucifer was created. Obviously, God created him, for nobody else can create life. We also learn that when he was created, he was perfect and beautiful. There was absolutely nothing wrong with him. Beyond this, God exalted him as “the anointed cherub that covereth.” This has reference to one of the two covering cherubim depicted on the ark of the covenant, who “stand by the Lord of the whole earth.” (Zechariah 4:14) Lucifer was the most exalted and honored of God’s creatures, perfect in every way. Yet, we read that iniquity was found in him. The next few verses tell us about how this took place. They say,

“By the multitude of thy merchandise they have filled the midst of thee with violence, and thou hast sinned: therefore I will cast thee as profane out of the mountain of God: and I will destroy thee, O covering cherub, from the midst of the stones of fire. Thine heart was lifted up because of thy beauty, thou hast corrupted thy wisdom by reason of thy brightness: I will cast thee to the ground, I will lay thee before kings, that they may behold thee. Thou hast defiled thy sanctuaries by the multitude of thine iniquities, by the iniquity of thy traffick; therefore will I bring forth a fire from the midst of thee, it shall devour thee, and I will bring thee to ashes upon the earth in the sight of all them that behold thee. All they that know thee among the people shall be astonished at thee: thou shalt be a terror, and never shalt thou be any more.” (Ezekiel 28:12-19)

Here we learn the final fate of this once-exalted cherub who rebelled against God. He will be destroyed so completely by a fire, that he will be turned into ashes, and never shall he be any more. This has not happened yet, but it will, for God has promised and He cannot lie.

Satan’s rebellion took place before the beginning of this world. Jesus exclaimed to some of the Jewish leaders of His day, “Ye are of your father the devil, and the lusts of your father ye will do. He was a murderer from the beginning, and abode not in the truth, because there is no truth in him. When he speaketh a lie, he speaketh of his own: for he is a liar, and the father of it.” (John 8:44)

Satan is the enemy of God and His people. It was in the best interest of God’s government to allow Satan’s rebellion to continue until the entire universe could see, beyond a shadow of a doubt, where sin leads, and so that God will “be clear” when He judges. (Psalms 51:4) [For a detailed study of why God has continued to allow Satan to live and to perpetuate his rebellion, please request the study entitled, “The Big Picture.”]