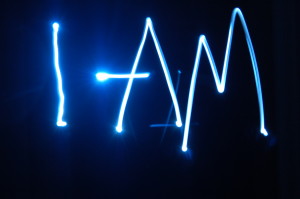 Let’s read the verses in question. Jesus said, “I am: and ye shall see the Son of man sitting on the right hand of power, and coming in the clouds of heaven.” (Mark 14:62) “Then said Jesus unto them, When ye have lifted up the Son of man, then shall ye know that I am he, and that I do nothing of myself; but as my Father hath taught me, I speak these things.” (John 8:28) And the most commonly used on this subject is: “Jesus said unto them, Verily, verily, I say unto you, Before Abraham was, I am.” (John 8:58)

Let’s look at Exodus, the only place that the term “I AM” is used in the Old Testament. Moses saw a strange phenomenon as he beheld a bush burning but not being consumed. The Bible says, “And the angel of the LORD appeared unto him [Moses] in a flame of fire out of the midst of a bush: and he looked, and, behold, the bush burned with fire, and the bush was not consumed.” (Exodus 3:2) Who was it that appeared to Moses? “The angel of the LORD.” Who is that? As Moses drew near to the bush the angel of the Lord said, “Draw not nigh hither: put off thy shoes from off thy feet, for the place whereon thou standest is holy ground.” (Exodus 3:5). This is quite reminiscent. We read of a similar occurrence with Joshua when he was about to surround Jericho.

“And it came to pass, when Joshua was by Jericho, that he lifted up his eyes and looked, and, behold, there stood a man over against him with his sword drawn in his hand: and Joshua went unto him, and said unto him, Art thou for us, or for our adversaries? And he said, Nay; but as captain of the host of the LORD am I now come. And Joshua fell on his face to the earth, and did worship, and said unto him, What saith my lord unto his servant? And the captain of the LORD’S host said unto Joshua, Loose thy shoe from off thy foot; for the place whereon thou standest is holy. And Joshua did so.” (Joshua 5:13-15)

Here the Captain of the LORD’s host appeared to Joshua and told him to loose the shoes from off his feet, because the ground where he was standing was holy. We know this was not an ordinary angel, because an angel would not accept worship. John began to worship an angel and the angel said, “See thou do it not: I am thy fellowservant, and of thy brethren that have the testimony of Jesus: worship God: for the testimony of Jesus is the spirit of prophecy.” (Revelation 19:10) We know that the Captain of the Lord’s host who appeared to Joshua was not God the Father, for “No man hath seen God at any time; the only begotten Son, which is in the bosom of the Father, he hath declared him.” (John 1:18) The only One left that this could possibly be is Christ.

Christ appeared to Joshua and told him to take the shoes off of his feet, for the ground whereon he stood was holy. Christ is often referred to as “the angel of the Lord.” God told Moses, “Behold, I send an Angel before thee, to keep thee in the way, and to bring thee into the place which I have prepared. Beware of Him, and obey His voice, provoke Him not; for He will not pardon your transgressions: for my name is in Him.” (Exodus 23:20, 21) We also read, “And the angel of God, which went before the camp of Israel, removed and went behind them; and the pillar of the cloud went from before their face, and stood behind them.” (Exodus 14:9) Christ was the one who went before the children of Israel. Paul wrote about Israel that they “did all drink the same spiritual drink: for they drank of that spiritual Rock that followed them: and that Rock was Christ.”(1 Corinthians 10:4)

So we see that the only time the term “I AM” is used in the Old Testament, it refers to Christ. How then can one say that because He used the same term in the New Testament that He all of a sudden was claiming to be the Most High God? I hope this helps answer your questions.