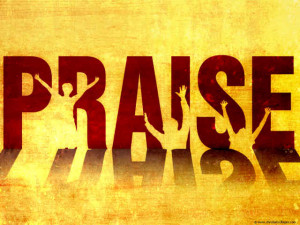 tion:  Why do people worship Jesus?

“Why do people worship Jesus in the Scripture? If it is only because God was in Him, then what is the difference between God in Him and God in us that sets Him apart? Is it because Christ is the direct revelation, but we reveal God indirectly? Yet if this is the reason, then why did they just not worship towards the Father who was in heaven, seeing that Jesus was only His image? This last question is the main point that I hope God will clarify, in Jesus’ name.”

There are many things that set Jesus Christ apart from us, which render Him worthy of worship. Jesus Christ is the only being in the universe who was actually begotten by God the Father. He is “the only begotten Son of God.” (John 3:18) He is also referred to as God’s “holy child.” (Acts 4:27, 30) These statements about Christ are independent of His incarnation, for “God sent his only begotten Son into the world.” (1 John 4:9) Jesus Christ did not become the Son of God by the process of being sent; He was God’s Son long before He came into the world.

Children are, to a more or less degree, a reproduction of their parents. By nature, a child inherits the nature, certain character traits, the form, the appearance, etc., from its parents. There is no exact reproduction among men because of our imperfections but, with God there are no imperfections. Christ is “the express image of his [Father’s] person.” (Hebrews 1:3) Christ is a perfect representation of His Father. He inherited His Father’s nature, character, form, and appearance, as well as an exalted position. The Father appointed His Son to be the “heir of all things.” (Hebrews 1:2) All things that Christ has, He received from His Father.

By nature God is much more exalted than men. A human is of a higher order of being than a flea, a dog, or any other animal. Yet, the Bible says that man was created “a little lower than the angels.” (Hebrews 2:7) Angels are a higher order of being than man, yet they are still infinitely lower than God Himself. God is the highest order of being there is. As His Son, Christ is on the same level with God, by the rule of kinship. Just as a human always begets another human of the same nature, and a sheep always begets a sheep after its kind, so God’s Son is of the very same nature as God, His Father. Therefore, there is an infinite difference between Him and us just based upon His nature alone. Yet, beyond that, God the Father has highly exalted His Son.

In Philippians chapter 2 we read a description of the exalted nature of Christ. Paul wrote,

“Let this mind be in you, which was also in Christ Jesus: Who, being in the form of God, thought it not robbery to be equal with God: But made himself of no reputation, and took upon him the form of a servant, and was made in the likeness of men: And being found in fashion as a man, he humbled himself, and became obedient unto death, even the death of the cross. Wherefore God also hath highly exalted him, and given him a name which is above every name: That at the name of Jesus every knee should bow, of things in heaven, and things in earth, and things under the earth; And that every tongue should confess that Jesus Christ is Lord, to the glory of God the Father.” (Philippians 2:5-11)

These texts show Christ’s exalted, divine nature, before the incarnation, as “being in the form of God.” This could not be said of any man or angel. These texts also show that God, the Father, highly exalted His Son and gave Him a name above every name. Jesus said, “For the Father judgeth no man, but hath committed all judgment unto the Son: That all men should honour the Son, even as they honour the Father. He that honoureth not the Son honoureth not the Father which hath sent him.” (John 5:22, 23)

Not only is Christ much higher than men by nature, God, the Father, has “highly exalted Him” and “hath given all things into his hand.” (John 3:35) The Bible emphasizes that “By him were all things created.” (Colossians 1:16) God, the Father, commanded the angels to worship Him. (Hebrews 1:6) For all these reasons, and surely many more that have not been mentioned, Christ is worthy of worship. There is no man, regardless of how fully God is in him, of whom these things could be said. Christ is “the express image” of God, and He is worthy of worship.