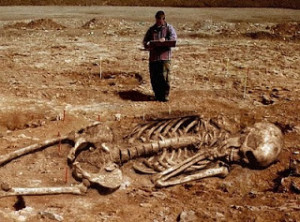 “The generations from Adam to Noah were all swept away by the flood. Only Noah and his sons were left. That was the punishment for their sins. So that generation met their punishment and died. My question is, will they have part in the promised punishment of fire which is coming to our generation or have they completed theirs?”

There is nothing in the Bible to indicate that the antediluvians suffered the second death, from which there is no resurrection. There is more evidence that Sodom and Gomorrha will not be resurrected than there is that the antediluvians will not be resurrected. Jude wrote, “Even as Sodom and Gomorrha, and the cities about them in like manner, giving themselves over to fornication, and going after strange flesh, are set forth for an example, suffering the vengeance of eternal fire.” (Jude 1:7) Sodom and Gomorrha suffered the vengeance of eternal fire, yet Jesus said, “Verily I say unto you, It shall be more tolerable for the land of Sodom and Gomorrha in the day of judgment, than for that city.” (Matthew 10:15)

Jesus spoke of a future judgment for Sodom and Gomorrha, indicating that they will yet have to suffer the punishment for their sins. You see, those who lived before the flood, along with the inhabitants of Sodom and Gomorrha, suffered a death similar to all humans down through the ages. They never had to give an account to God for the things done in their life. But Paul wrote, “We shall all stand before the judgment seat of Christ. For it is written, As I live, saith the Lord, every knee shall bow to me, and every tongue shall confess to God. So then every one of us shall give account of himself to God.” (Romans 14:10)

Every person will have to give an account before God, including the antediluvians and the inhabitants of Sodom and Gomorrha. With this in mind, I pray that each of us will take advantage of the wonderful opportunity for our sins to go beforehand to judgment (1 Timothy 5:24), to be pardoned, so that we can stand before the throne unashamed.

In the second death, from which there will be no resurrection, the sufferers’ mental anguish of the reality that eternal life has been forfeited, and their knowledge that they will die and never come back, will be more difficult to bear than the physical pain caused by the lake of fire. They will confess that God was right in all his judgments. This aspect of the second death could not have been experienced by the antediluvians and the inhabitants of Sodom and Gomorrha, for their deaths were sudden. Therefore, they will arise in the resurrection of the wicked after the millennium.