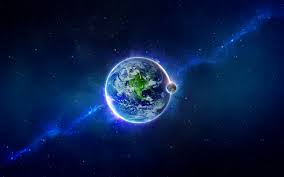 Will the earth abide forever?

“One generation passeth away, and another generation cometh: but the earth abideth for ever.” (Ecclesiastes 1:4) The earth abides forever, or as long as it exists. The term for ever in the Bible does not always mean that it has no end. For example, the Bible says that “Hannah went not up [unto the house of the LORD in Shiloh—verse 24]; for she said unto her husband, I will not go up until the child be weaned, and then I will bring him, that he may appear before the LORD, and there abide for ever.” (1 Samuel 1:22) Did Hannah mean that Samuel would remain in the house of the Lord in Shiloh for all eternity? Certainly not! She explains herself in verse 28. She said, “Therefore also I have lent him to the LORD; as long as he liveth he shall be lent to the LORD. And he worshipped the LORD there.” (1 Samuel 1:28) So here the biblical term “for ever” really means “as long as he liveth.”

Another example of this is found in Deuteronomy chapter 15. Here it says concerning servants, “And it shall be, if he [your servant] say unto thee, I will not go away from thee; because he loveth thee and thine house, because he is well with thee; Then thou shalt take an aul, and thrust it through his ear unto the door, and he shall be thy servant for ever. And also unto thy maidservant thou shalt do likewise.” (Deuteronomy 15:16, 17) Now it is obvious that this servant will not be a servant to his earthly master for all eternity, but only “as long as he liveth.”

So when the Bible says, “One generation passeth away, and another generation cometh: but the earth abideth for ever,” (Ecclesiastes 1:4) it does not indicate that this earth will exist for all eternity, but merely until it ceases to exist. The message of the verse really is that the earth outlasts the inhabitants of it. The Bible says that God will destroy this earth with fire and create a new one. (2 Peter 3:10-13)

The next verse you mentioned is, “Make a joyful noise unto the LORD, all ye lands.” (Psalms 100:1) This is a general call for all people to worship the Lord in song.

The next verse you mentioned is, “Arise, shine; for thy light is come, and the glory of the LORD is risen upon thee.” (Isaiah 60:1) This statement applies to all those who reflect the glory or character of God in their lives, especially to those who will live in the last days, of whom it is said that God the Father’s name, or character, is written in their foreheads. (Revelation 14:1)

The next verse you mentioned is, “For thus saith the LORD that created the heavens; God himself that formed the earth and made it; he hath established it, he created it not in vain, he formed it to be inhabited: I am the LORD; and there is none else.” (Isaiah 45:18) God created this world to be inhabited. We who inhabit this world have defiled it by our sins, so God will make a new heaven and a new earth, which will also be made to be inhabited by perfect and holy people.

I pray that this helps to answer your questions. I am thankful that God has given us His Word to be a guiding light, and has not left us in the hands of erring mortals.