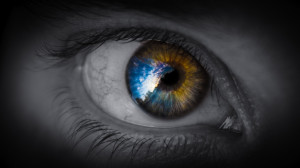 Referring to God the Father, 1 Timothy 6:16 says, “Who only hath immortality, dwelling in the light which no man can approach unto; whom no man hath seen, nor can see: to whom be honour and power everlasting. Amen.” At this present time, in our sinful condition, we cannot see the Father for, if we would, we would be consumed by His brightness. God wishes to directly fellowship with us, but because of our sins He must use His Son as a Mediator. Yet there will be a time when, if we are faithful unto the end, we will see His face. Jesus said, “Blessed are the pure in heart: for they shall see God.” (Matthew 5:8)

In Revelation chapter four John saw, in vision, four living creatures and twenty-four elders bowing before the throne and worshipping the Father. John wrote, “And when those beasts give glory and honour and thanks to him that sat on the throne, who liveth for ever and ever, The four and twenty elders fall down before him that sat on the throne, and worship him that liveth for ever and ever, and cast their crowns before the throne, saying, Thou art worthy, O Lord, to receive glory and honour and power: for thou hast created all things, and for thy pleasure they are and were created.”(Revelation 4:9-11)

Considering the question under consideration, this would not be significant if John had not written verses 8-10 of the next chapter. But here we read, “And when he [Christ] had taken the book, the four beasts and four and twenty elders fell down before the Lamb, having every one of them harps, and golden vials full of odours, which are the prayers of saints. And they sung a new song, saying, Thou art worthy to take the book, and to open the seals thereof: for thou wast slain, and hast redeemed us to God by thy blood out of every kindred, and tongue, and people, and nation; And hast made us unto our God kings and priests: and we shall reign on the earth.” (Revelation 5:8-10)

John saw the New Jerusalem, the great city of God, come down from heaven to the earth after the millennium, and in his description he wrote, “And I saw no temple therein: for the Lord God Almighty and the Lamb are the temple of it. And the city had no need of the sun, neither of the moon, to shine in it: for the glory of God did lighten it, and the Lamb is the light thereof. And the nations of them which are saved shall walk in the light of it: and the kings of the earth do bring their glory and honour into it.” (Revelation 21:22-24)

This indicates that the Father will live in the city of the redeemed, and they shall walk in his light. The Father is invisible now, but so are the angels, yet we will see them.