We are drawing near to the day of God. The decisions of eternity are upon us. The Master standeth at the door. The day of the Lord is not an 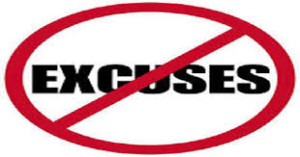 uncertain object in the dim and distant future; but it is, to him who reads aright the page of prophecy and history, a vivid reality, even now throwing the beams of its approaching glory and the light of its consuming fires upon a slumbering world. It comes not without a numerous array of precursors and heralds; yet it will come to many suddenly and unexpectedly. With what real and unfeigned surprise will multitudes awake to their condition, as the terrible realities of this coming day burst upon them. So different from what they expected! So contrary to all their plans! So fatal to all that they had hoped for or believed! What astonishment, what amazement, what terror, will seize them! At once they find themselves in the unrelaxing grasp of eternity, its irrevocable decisions upon them, and they among the lost! And how many, in the agony of their despair, will put the question to their own souls, Why should I be found in this condition? And what would be their reply to such a question? Should the Judge of all meet them with the solemn inquiry why they had not made preparation for that day, what answer would they return? What excuse would they render?

Would they say, Lord, this day of all days, this day which forever concludes all human history, this decisive day for all the human race, should have been clearly set forth in thy holy word? The answer would be, It was thus set forth. From Genesis to Revelation, that word was full of it. That solemn moment which should close probation and bring its terrible retribution to the ungodly, and its glorious reward to the righteous, was everywhere kept in view, with warnings and exhortations to all the race to prepare for its solemn scenes. Bibles were in your hands, and you should have read them for yourselves. Would they not thus stand speechless and condemned?

Would they say that signs should have been given of so momentous an event, some strange phenomena in nature to mark the approach of the end? The answer would be, Such signs were given. The sun was to be darkened, the moon withdraw her shining, the stars fall from heaven, and strange sights appear above, and strange convulsions be felt below. And ere probation closed, while yet you could have escaped the coming wrath, the land was full of Bibles containing these predictions, and full of histories recording their fulfillment. Did you care to trouble yourselves to compare the two? And again they would stand speechless and condemned.

Would they say that the state of the world, moral and political, which was to mark the last days, should have been clearly described? The answer would come, It was so described. It was declared in the word of God that iniquity would abound, that evil men and seducers would wax worse and worse, that the nations would be angry, that there would be wars and rumors of wars, and that there would be distress of nations, with perplexity. And in your own days every paper groaned with a record of these things, and all the land was startled at the fearful spectacle which the world presented. Did you not see it, and wonder? And why did you not read its import aright? Would they not again stand speechless and condemned?

Would they say again that the history of nations, and the course of empire, in consecutive order, down to the end, should have been given, that the world might know when the last nations were on the stage of action, at the end of whose history the kingdom of God should be set up? Again the answer would be, Such information was given in the prophetic word. (For a thorough study on these prophecies, please read the March and April 2003 issues of Present Truth, as well as the May and June 1999 issues.) Beginning six hundred years before Christ, step by step, kingdom by kingdom, event by event, the student of prophecy is brought down even to the closing scenes of trouble, the dashing of all the nations to pieces, and the standing up of Michael for the deliverance of his people. And you saw the last kingdoms of earth in a condition such that even human foresight scarcely failed to discern the very day of their dissolution. Did you take the trouble to inquire what was to follow? And again they would stand without answer and without excuse.

Would they say further that messengers, divinely sent, should have given warning of the approach of the great and dreadful day? that the proclamation should have been made through all the land when that day was near? The answer would be again, Such proclamation was made. The world heard; the honest, humble seekers after truth believed; and scoffers everywhere raised the inquiry, Where is the promise of his coming?

Thus their last excuse fails them; for what could they say more? Speechless and condemned they stand throughout.

And, reader, so far as the evidences of the near coming of Christ are concerned, they stand to-day just as set forth above. The declaration of God’s word, the signs in the natural world, the state of the nations, the moral condition of mankind, and the proclamation of the coming of the day of wrath, the last message of mercy, are all before us. And the eyes of all the world are now watching for the final destruction of these powers at the termination of whose career the Bible places the opening of the day of God. Look at the papacy and the United States. The prophet declared that as we reached the last days, the dominion of the little horn, the papacy, should receive a deadly wound that would be healed. And what has been the leading feature of its history for the past 200 years? Answer: The falling away, one after another, of its strong supports, and its reviving of power.… This is an event which takes place on close connection with the end. At the same time we hear him uttering those great words (papal infallibility), in the Ecumenical Council of 1870, of which the prophet speaks, words which he utters in so close connection with his destruction by devouring fire that the prophet says that both the utterance of the great words and the destruction in the burning flame were to occur at almost the same time. Dan.7:11.

Such is the present condition of two powers, to say nothing of others, the history of which brings us to the end of all things. No observer can fail to see their doom approaching. But who takes the trouble to acquaint himself with what the word of God declares is to follow these events?

And to the thoughtful reader, we put the questions, What more evidence could God have given of these things than he has given? What other kinds of evidence could be given, or in what respect could that which is given be more full? And if these things are so, and you come to the Judgment unconcerned and unprepared, will you not be without excuse?

Some Features of our Times

This is an age of brilliant pretensions, but sad realities. Its professions and practices, its facts and theories, present a climax of contradictions.

There never was so much of the form of godliness, and never so little of the power.

Never were there so many professors of religion, and never so little of religion itself.

Never so many assurances of peace, and never so extensive and urgent preparations for war.

Never so many tokens of coming danger and calamity, and never such a feeling of security, expressed and implied, on the part of the people.

There never was a time when the doctrine of the immediate opening of the temporal millennium was more universally cherished and talked of, and never a time when every feature of society, social, moral, and political, rendered such an idea more preposterous.

There never was a time when there were so many remedies for every disease, real or imaginary, which profess to be sure cures, absolutely infallible, and never a time when there existed so much disease, sickness, suffering, and death.

There never was a time when there was so much boasting of progress and advancement on the part of the race, and never a time when they gave more palpable evidence of fast descending into every depth of iniquity and sin.

And what does all this show? It shows that the pretensions on which men build themselves up are a sham, and their professions, hypocrisy. They are willing to deceive others, and to be deceived themselves. This is the time when the prophet tells us that evil men and seducers shall wax worse and worse, deceiving and being deceived. We see this work going on before us, which proves that we have reached the time to which the prophet’s words apply. There is nothing to which men will not put their hand for gain. With worthless nostrums, which the venders know will not accomplish what they claim, the confidence of the afflicted is secured, and their means filched. Falsity and hollow-heartedness exist on every hand. Truth is fallen in the streets, and equity cannot enter. Nor will this state of things improve till He whose right it is, the Prince of the house of David, takes the throne.

We rejoice that this event is at the door. Hasten, O King of kings, the glad day.

(This article was taken from a tract entitled Without Excuse, originally printed in 1893 by the Review and Herald Publishing Association. Some editing was done for this publication to include current events.    Editor)