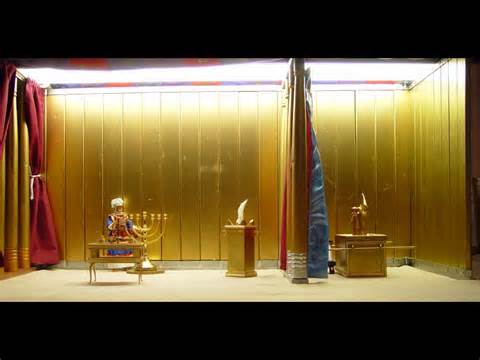 “And if any man think that he knoweth any thing, he knoweth nothing yet as he ought to know.” (1 Corinthians 8:2)

Our prayer is that as we each study the Bible we can recognize that we know nothing “yet,” as we ought to know it. We can always learn something more from each verse, as well as each topic, that we have ever studied.

The topic we will begin to cover in this study is who is worthy of worship? This can be done using a simple math equation of one plus one. We will see who was involved in creation, redemption, and the counsel of the Father and Son from eternity. We will also expose Satan’s plan to cause Christians to worship him!

God’s right to receive worship from us is based upon the fact that He created us. (See Exodus 20:8-11) The Bible tells us that two individuals were involved in creation. Paul wrote, “…God, who created all things by Jesus Christ.” (Ephesians 3:9) God the Father is one being and Jesus Christ is one being: one plus one is two. When the Bible says all things were created by the Father and His Son, that means all things. Stated simply, everything that was created was created by God and His Son, Jesus Christ.

“Who hath ascended up into heaven, or descended? who hath gathered the wind in his fists? who hath bound the waters in a garment? who hath established all the ends of the earth?what is his name, and what is his son’s name, if thou canst tell?” (Proverbs 30:4) This verse is clearly talking of creation and can only apply to the Father and the Son: one plus one equals two.

Speaking about before and during creation, Proverbs 8:24-30 shows that the Son was there and says He was “as one brought up with” the Father. In the Bible, there is no one else who can make that statement except the Son of God. So when the Father was speaking during creation it could have been only to His Son, for it was God who created all things by His Son. One plus one is two.

When God said, “Let there be light,” to whom was He speaking? Surely, it was to His only begotten Son. When God said, “Let us make man in our image,” He was speaking to none other than His Son, who formed man out of the dust of the ground. One plus one is two.

Regarding redemption, Jesus made it clear what eternal life was. “And this is life eternal, that they might know thee the only true God, and Jesus Christ, whom thou hast sent.” (John 17:3) We must know God! While many are saying that God is a mystery, our Lord Jesus said we must intimately know God and who He is. Jesus said we must know God, the Father, as the “only true God.” Never did He say we must know any being other than the Father, the only true God, and His only-begotten Son. One plus one is still two.

The Bible teaches that there is ultimately one supreme God, the Father. And that “…there is none other God but one. For though there be that are called gods, whether in heaven or in earth, (as there be gods many, and lords many,) But to us there is but one God, the Father, of whom are all things, and we in him; and one Lord Jesus Christ, by whom are all things, and we by him. Howbeit there is not in every man that knowledge:…” (1 Corinthians 8:4-7)

Even Christ, though being God by virtue of His birth in heaven, is never referred to as the “most High God,” the “Ancient of days,” the “living God” or “God the Father.” Christ always refers to His Father as greater than Himself. Christ is our Lord and worthy of worship. However “there is not in every man this knowledge” of the Father and His Son. One plus one is two.

“Who will have all men to be saved, and to come unto the knowledge of the truth. For there is one God, and one mediator between God and men, the man Christ Jesus.” (1 Timothy 2:4, 5) There is only One Being in the universe who will lead you to the Father, and that is His Son. “Jesus saith unto him, I am the way, the truth, and the life: no man cometh unto the Father, but by me.” (John 14:6) Jesus said that there is only one way to get to His Father, not two ways or three ways.

False religion, which the Bible refers to as Babylon, implies that Jesus changed His mind later and added another being into the picture. (See verse 16) Jesus said “And I will pray the Father, and he shall give you another Comforter, that he may abide with you for ever; Even the Spirit of truth; whom the world cannot receive, because it seeth him not, neither knoweth him: but ye know him; for he dwelleth with you, and shall be in you. I will not leave you comfortless: I will come to you.” (John 14:16-18) Because of the pronouns “he” and “him,” many are led to believe that there is “another” being other than the Father and His Son. Let’s examine the evidence of who the pronouns refer to.

First, this Comforter will abide with us forever. It was Jesus who said, “I am with you alway, even unto the end of the world.” (Matthew 28:20)

Second, Jesus said, “the spirit of truth.” Just a few moments earlier Jesus had said, “I am the truth.” (John 14:6) So, the Spirit of Truth would be the Spirit of Jesus.

Third, the world doesn’t know Him “but ye know him.” Who is it that “knows” Him? His disciples. Why would they know Him? Because He was dwelling with them and would later be in them.

Fourth, He adds, “I will not leave you comfortless: I will come to you.” We now have a Comforter who can be “touched with the feeling of our infirmities.” (See Hebrews 4:15) “We have an advocate [comforter] …Jesus Christ the righteous.” (1 John 2:1) One who has experienced our humanity.

False religion offers a comforter who has not experienced humanity, called God the Holy Spirit. He comes in the form of a false Holy Spirit which, in reality, is Satan himself. There is a true belief regarding the Spirit of God, but it would not make the Spirit out to be someone to sing to or worship. (See John 16:13.)

In eternity past there was a counsel that took place, concerning all creation, that was between the Father and His Son. “And the counsel of peace shall be between them both” (Zechariah 6:13) There was another being who thought he should be included. His name was Lucifer, later called Satan. He said, “I will be like the most High.” (Read Isaiah 14:12-14.) When God said, “Let us make man in our image and after our likeness,” Lucifer became jealous. He cannot bring forth life; humanity can. He cannot sit on the Son of God’s throne; victorious humanity will. (Revelation 3:21)

In reality, Satan cannot be equal with God or His Son. He does not deserve worship as do the Father and His Son. Though we know this is true, many have never questioned what the trinity or triune concept of God means.

The word trinity means that there are three individuals, but there were only two involved in the creation of all the universe, only two are involved in saving man and only two divine beings are mentioned in the descriptions of the new earth. (See Revelation 21:22, 23; 22:1, 3.) The honest question is, who is this third entity that God’s professed people are speaking to, singing to, and even bowing down and praying to?

In the concept of the trinity, there are three entities, “God the Father,” “God the Son,” “and God the Holy Spirit.” It is taught that all three are equal, all three are the same age, all three took counsel together in creation, and in the redemption of man. Isn’t it interesting that Satan wanted to be equal with God, wanted to take counsel with Him, but could not? (Read Ezekiel 28:15-19 and Isaiah 14:12-15.)

Listen to what Satan himself said, “I will exalt my throne above the stars of God: I will sit also upon the mount of the congregation, in the sides of the north: I will ascend above the heights of the clouds; I will be like the most High.” Satan claimed that he would someday be worshiped and be equal with God the Father!

It may come as a surprise to you that many are worshiping Satan in the false idea of God the Holy Spirit. Remember the Jewish nation, how they worshiped Baal instead of the one true God and His Son. (1 Kings 18:21)

The Holy Spirit is essential to our salvation, but it is the power and personal presence of the Father and His Son. Simply, it is the Spirit of God and the Spirit of Christ. (Read Romans 8:9-11.) “God has sent forth the Spirit of his Son into your hearts, crying, Abba, Father.” (Galatians 4:6) The Spirit is the mind or personal presence and power of God and His Son. The Word is how they communicate that presence. Jesus said, “…the words that I speak unto you, they are spirit, and they are life.” (John 6:63) When we are receiving the “Word,” or “Spirit,” God’s mind is touching ours.

May the grace of God and the peace of our Lord Jesus Christ be with you always in all that you do.