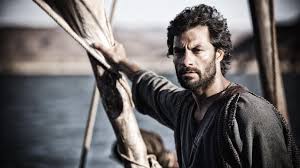 “My Jewish friend has stumped me with a Scripture that I don’t understand. It’s in one of the Psalms, and says that they/we ‘are all gods.’  This verse is also quoted by Jesus, which I have never understood.  Can you help me? Thanks!”

Let’s read the verses in question. “I have said, Ye are gods; and all of you are children of the most High.” (Psalms 82:6) Jesus quoted this verse in John 10:34. “Jesus answered them, Is it not written in your law, I said, Ye are gods? If he called them gods, unto whom the word of God came, and the scripture cannot be broken; Say ye of him, whom the Father hath sanctified, and sent into the world, Thou blasphemest; because I said, I am the Son of God?” (John 10:34-36)

Notice that Jesus didn’t even claim to be God, but only the Son of God. He used this verse to show that the Bible even refers to men as gods so when He referred to Himself as the Son of God, the Jews should not take offense.

Neither Jesus, nor the Psalmist, were trying to teach that we are on the same level as the God of heaven as far as our physical makeup (nature) or powers. Whenever the term elohiym applies to men it must be understood in a very limited sense. David wrote, “What is man, that thou art mindful of him? and the son of man, that thou visitest him? For thou hast made him a little lower than the angels [elohiym], and hast crowned him with glory and honour. Thou madest him to have dominion over the works of thy hands; thou hast put all things under his feet.” (Psalms 8:4-6)

Not only does the Bible say “ye are elohiym,” it also says men were made “a little lower than elohiym.” To man has been given “dominion over the works of [God’s] hands; [God]hast put all things under [man’s] feet.” In a sense, man is a god or ruler over his own life and affairs, and even over the things in this world, but he is not the true God, or even on an equality with Him; man was made lower than God.