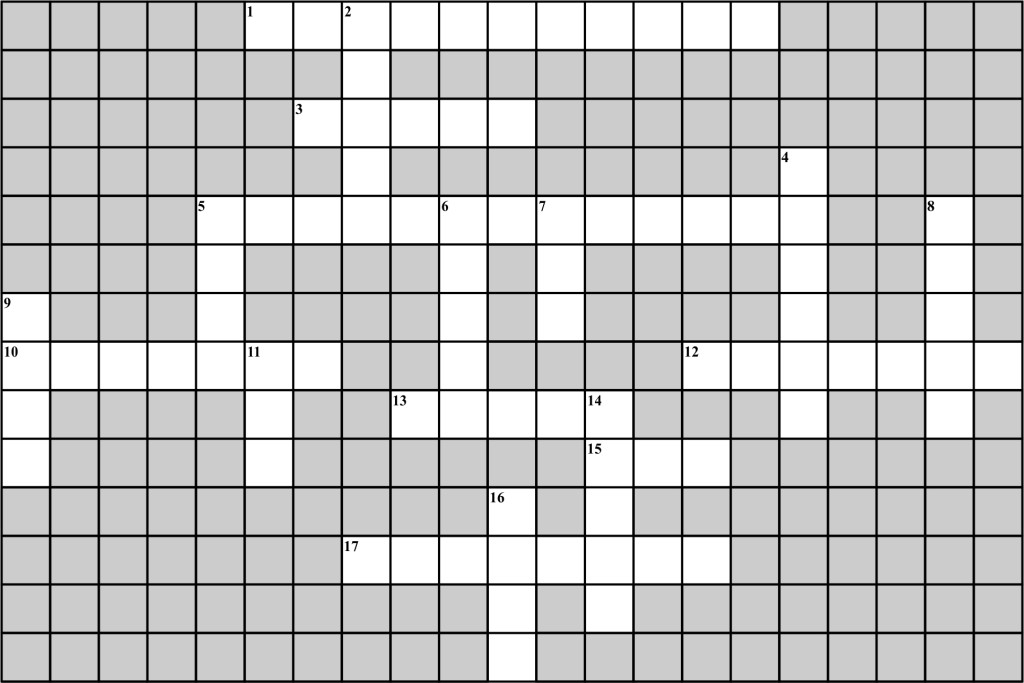 The Only Begotten Son of God – by Zachariah Beachy

› “For God so loved the world, that he gave his only ____ Son, that whosoever believeth in him should not perish, but have everlasting life.” John 3:16—17 Across

› “In this was manifested the ____ of God toward us, because that God sent his only begotten Son into the world, that we might live through him.” 1 John 4:9—16 Down 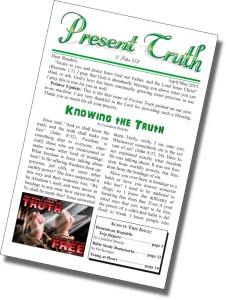 › “Who hath ascended up into heaven, or descended? who hath gathered the wind in his fists? who hath bound the waters in a garment? who hath established all the ends of the ____? what is his name, and what is his son’s name, if thou canst tell?” Proverbs 30:4— 14 Down

› “And unto the angel of the church in Thyatira write; These things saith the Son of ____, who hath his eyes like unto a flame of fire, and his feet are like fine brass.” Revelation 2:18—7 Down

› God “Hath in these last days spoken unto us by his Son, whom he hath appointed ____ of all things, by whom also he made the worlds.” Hebrews 1:2—9 Down

› “Who being the brightness of his glory, and the ____ image of his person, and upholding all things by the word of his power, when he had by himself purged our sins, sat down on the right hand of the Majesty on high.” Hebrews 1:3—10 Across

› “Being made so much better than the angels, as he hath by ____ obtained a more excellent name than they.” Hebrews 1:4—1 Across 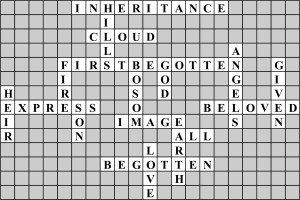