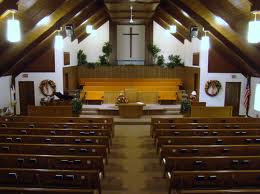 e following  book is entitled, “Individuality in Religion,” by Alonzo T. Jones. There is no printing date on the book, but it was first printed between 1890 and 1923. The book contains information so valuable that I believe every person in the world should read it, especially in light of current events relating to the freedom of religion. Therefore, I have included the Introduction and the first three chapters in this issue of Present Truth.    Editor)

Religion is “the duty which we owe to our Creator, and the manner of discharging it.”

Liberty is “the state of being exempt from the domination of others, or from restricting circumstances. In ethics and philosophy, the power in any rational agent to make his choices and decide his conduct for himself, spontaneously and voluntarily, in accordance with reasons or motives.”

Religious liberty, therefore, is man’s exemption from the domination of others, or from restricting circumstances; man’s freedom to make his choices and decide his conduct for himself, spontaneously and voluntarily: in his duty to his Creator, and in the manner of discharging that duty.

Accordingly it is written: “Choose you this day whom ye will serve.” (Joshua 24:15) “Whosoever will, let him take the water of life freely.” (Revelation 22:17) Thus it is absolutely true that in religion—in the duty which we owe to our Creator and the manner of discharging it—God has created man entirely “exempt from the domination of others and from restricting circumstances;” has made him free “to make his choice, and decide his conduct for himself, spontaneously and voluntarily.” Thus religious liberty is the gift of God, inherent in the gift of rational existence itself.

Any service as to God that is not freely chosen by him who renders it is not service to God. There can be no virtue in it; there can be none of God in it. Any service rendered as to God that is not freely chosen on the part of him who renders it cannot be of God, because “God is love;” and love and compulsion, love and force, love and oppression, never can go together. Therefore any duty, any obligation, anything, offered or rendered as to God that is not of the individual’s own freely chosen choice, can neither be of God nor to God. Accordingly when the Lord created whatever creature—angel or man—in order that that creature should be happy in the service of God, and in order that there should be virtue in rendering service or worship to God, He created him free tochoose to do so. And this is individuality, and the divine right of it.

God created man free. When man by sin was separated and lost from that freedom, Christ came to restore him fully to it. The way of God and of Christ, therefore, is the way of liberty. And the work of God through Christ with mankind in the whole history of the world has been to make plain this way and to give to man the absolute assurance of this “soul liberty” which is the only true liberty. Whom the Son makes free is free indeed.

In the Scriptures there are given distinctly and clearly six specific lessons on this subject of religious liberty—the liberty of the individual soul against the domination of man and combinations of men in the powers of the world. Each of these lessons deals with the subject upon a distinct and specific principle. And the six lessons, taken together, cover completely the whole ground upon every principle.

We now purpose to take up for special study these six lessons separately and in succession as given in the Scriptures. The contest for religious liberty is not yet finished. Religious liberty complete is not yet recognized, even in principle, and much less in practice, even by the mass of Christians, as it is made perfectly plain in the Scriptures.

Come, then, let us study and let us have, and let us study that we may have, religious liberty complete, in principle and in experience, as it is in the Scriptures of truth.