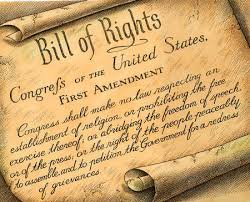 By most remarkable facts and unquestionable experiences, in the case of King Nebuchadnezzar and the three Hebrew young men, there was made plain forever the divine truth and principle that with the religion of the people no monarch can of right have anything to do; that in the presence of the right of individuality in religion, the king’s word must change.

By corresponding facts and experiences in the case of the Medo-Persian government against Daniel there was made plain forever the divine will and truth and principle that with the religion of the people no law, nor any government by means of law, can of right have anything to do—that in the presence of the free exercise of individuality in religion, any law touching religion is nothing; and every individual in absolutely ignoring and disregarding such law is “innocent” before God, and also does “no hurt” to government, to law, or to society.

These two examples and the principles which they illustrate cover every phase of earthly government as such: and so make plain the great and vital truth that religion, with its rites, institutions, and observances, is totally excluded, and is to be totally exempt, from the cognizance of earthly government of whatever phase or form: that religion, with all that is incident to it, pertains to the individual alone in his personal relations to God.

But there is another means by which man has sought to dominate man in the realm of religion, that is by means of the Church through the State.

Through their stiffness of neck, hardness of heart, and blindness of mind, they sadly missed God’s great purpose for them as His church. Yet in His goodness and mercy God “suffered their manners in the wilderness,” (Acts 13:18) and in the land from age to age. Thus through many vicissitudes that people had continued as the church till the time when Christ the Lord came to dwell on the earth: and through all that time this church was heir to most glorious promises of a widespread kingdom and dominion.

At the time when Christ came to the earth as man, the dominion and power of Rome held the people of that church in stern and cruel temporal subjection, and they longed for the promised Deliverer to appear. This Deliverer had been abundantly promised, and at last He came. But the high ones of the church had allowed their worldly ambition to hide their eyes from the spirituality of the kingdom and dominion that had been promised; and they looked for, and had taught the people to expect, a political and temporal deliverer who should strike off the yoke of Rome, break her power, and exalt the church of the chosen people to a position of power and dominion over the nations, corresponding to that which for so long had been held by the nations over them.

When Jesus first appeared in His public ministry, these high ones of the church went with the crowds that flocked to hear Him, listened with interest, and hoped that He would fulfil their expectations. But when they saw the interest and enthusiasm of the multitude reach the point where “they would come and take Him by force to make Him a king”; (John 6:15) and when they saw that Jesus, instead of accepting the honor or encouraging the project, “withdrew Himself from them”; in this they also saw that all their ambitious hopes of deliverance from the dominion of Rome, and of exaltation over the nations, were utterly vain so far as Jesus was concerned.

But by this time the influence of Jesus with the people had become so widespread and so strong that the church-leaders saw that their power over the people was very rapidly vanishing. Instead of seeing fulfilled or sanctioned their ambitious plans and hopes for worldly power and dominion, they saw with dismay that what power and influence they did have with the people was most certainly undermined: and this by a man risen from the greatest obscurity, who came from a town of the meanest reputation, and who was at most only a private member of the church! Something must be done, and that very soon, to preserve their own place and dignity. It was manifestly too late to think of commanding Him not to preach or teach: by this time they knew full well that not only He but the multitudes themselves would pay no attention to any such prohibition. But there was a way out—a means by which to maintain their place and dignity, and to assert their power over Him and the people. In their opinion of themselves and their position it was a very easy thing to make their place and dignity identical not only with the position but with the very existence of the church and even the nation itself. Accordingly they concluded, “If we let Him thus alone all men will believe on Him and the Romans shall come and take away both our place and nation.” And “from that day forth they took counsel together for to put Him to death.” (John 11:47, 53)

But subject as they were to the Roman authority, it was not lawful for them to put any man to death. Therefore, to effect their purpose they must get control of the governmental or civic authority. It mattered not that this authority was Roman; and it mattered not that this Roman authority they hated above all other earthly things, and could not by any possibility willingly recognize: all this must be forgotten in the presence of the awful alternative of seeing vanish their place and dignity and power in the church.

In the church the Pharisees and the Herodians stood at opposite poles. The Herodians were so called because they were the party and partisans of Herod. They were the apologists of Herod in his position of king of Judea. But as Herod was king only by the direct appointment of Rome, and was seated and maintained as king by the power of Rome, for any one to be a partisan and an apologist of Herod was to be even more a partisan and an apologist of Rome.

But the Pharisees, as the exclusively righteous ones and the chiefest in dignity, were the most fixedly set against Christ, and took the lead in the counsels and plans to destroy Him. And to accomplish their purpose to put Him to death, they must have the co-operation of the secular power, which was Roman only. Therefore to accomplish their purpose against Jesus, they would gloze their hatred of Rome, and would use for their purpose against Jesus that very power of Rome of which they were by profession the extreme disputers and opposers.

The means by which at one stride they would both cross this gulf to Rome and make sure of the secular power, was to pool issues with the Herodians. The Herodians, as being only less opposed to Jesus than were the Pharisees, were ready for the alliance. By this alliance the political party would be at one with the Pharisees, and the political influence and power of that party would be at the command of the church leaders. This would make sure to them the use of the soldiery, which they must have if they would be really secure in their open movements against Jesus.

The alliance was entered into, and the conspiracy was formed: “And the Pharisees went forth and straightway took counsel with the Herodians against Him, how they might destroy Him.” (Mark 3:6) “Then went the Pharisees and took counsel how they might entangle Him in His talk. And they sent out unto him their disciples with the Herodians, ” “spies, which should feign themselves just men, that they might take hold of His words, that so they might deliver Him unto the power and authority of the governor.” (Matthew 22:15, 16; Luke 20:20) And that governor was Pilate the Roman.

And when finally the time came, at that awful midnight hour when Judas, “having received” a band of men and a captain and officers, “with swords,” came upon Him in Gethsemane, it was “the band and the captain, and the officers,” (John 18:12) who, at the direction of “the chief priests and Pharisees,” (John 18:3) took Him and bound Him.

And having so taken Him they led Him to Annas first. Annas sent Him to Caiaphas, and Caiaphas sent Him to Pilate, the governor, the Roman. Pilate sent Him to Herod, who “with his men of war” set Him at naught and mocked Him and arrayed Him in a gorgeous robe and sent Him again to Pilate. (Luke 23:11) And when Pilate would have let Him go, they rung their final political note and plea of loyalty to Caesar and Rome, even above the loyalty of Pilate the Roman himself, “If thou let this man go thou art not Caesar’s friend. Whosoever maketh himself a king speaketh against Caesar.” (John 19:12)

Pilate made his last appeal, “Shall I crucify your King?” only to be answered with the words expressive of their final abandonment of God, and of their completest unity with Rome, “We have no king but Caesar.” (John 19:15) “Crucify Him.” (Luke 23:21) “And they were instant with loud voices… And the voices of them and of the chief priests prevailed.” (Luke 23:23)

Thus the mightiest crime and the loudest crying sin in all the history of the universe was committed, and was made possible as it was committed, only by the union of church and State—only by the church in control of the civil power, using that power to make effective her wicked will and purpose.

And that awful fact alone is all-sufficient to blast with perpetual and infinite condemnation, and to consign to eternal infamy, all such connection anywhere forever. And with such a record in the very first instance of the thing, it is not at all strange that this same thing of union of church and State—the church in control of the secular power—should have proved and must ever prove, the chiefest curse to men and nations wherever found in all after times.

So true it is, and so completely demonstrated, that “secular power has proved a Satanic gift to the church.”