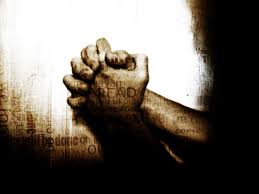 Government exists in the very nature of the existence of intelligent creatures. For the very term “creature” implies the Creator; and as certainly as any intelligent creature is, he owes to the Creator all that he is. And, in recognition of this fact, he owes to the Creator honor and devotion supreme. This, in turn, and in the nature of things, implies subjection and obedience on the part of the creature; and this is the principle of government.

It is, therefore, the first of all the commandments, simply because it is but the expression of the inherent obligation in the first relationship which can possibly exist between creature and Creator. It is the first in the nature, the circumstances, and the existence of created intelligences.

It is the first of all the commandments in the supreme and most absolute sense. It inheres in the nature and the relationship of the first intelligent creature, and stands as complete in the case of that one alone as though there were millions; and stands as complete in the case of each one in the succession of future millions as in the case of the first intelligent creature, as he stood absolutely alone in the universe. No expansion, no multiplication of the number of the creatures beyond the original one, can ever in any sense limit the scope or meaning of that first of all commandments. It stands absolutely alone and eternally complete, as the first obligation of every intelligent creature that can ever be. And this eternal truth distinguishes individuality as an eternal principle.

This secondary relationship is one of absolute equality. And in the subjection and devotion of each to the Creator, in the first of all possible relationships, each of these honors the other. Therefore, in the nature of things, in the existence of two intelligent creatures, there inheres the second governmental principle, mutuality of all the subjects as equals.

This is original government. It is also ultimate government; because these are first principles complete and absolute; and because they eternally inhere in the nature and relationships of intelligent creatures. And this government, which is at once original and ultimate, is simply self-government—self-government in rationality and in God. For it is only the plainest, simplest dictate of rationality that the intelligent creature should recognize that to the Creator he owes all; and that, therefore, subjection and honor are the reasonable dues from him to the Creator. It is likewise a simple dictate of reason that, since his neighbor equally with himself owes all to the Creator, his neighbor must be respected and honored in all this as he himself would desire to be respected and honored in it.

It is also the simple dictate of rationality that, since these have all been created, and in their existence owe all to the Creator, this existence with all its accompaniments in the exercise of abilities and powers should be ever held strictly in accordance with the will and design of the Creator. Because it is still further the simple dictate of reason that the Creator could never have designed that the existence, the faculties, or the powers of any creature should be exercised contrary to His will or outside of His design. Therefore it is the simplest, plainest dictate of rationality that this original and ultimate government, which is self-government, is self-government under God, with God, and in God. And this is truly and only true self-government.

When, in the exercise of this freedom of choice, an intelligence chooses that his existence, with its consequent faculties and powers, shall be spent strictly subject to the will and within the design of the Creator, and so, indeed, with the Creator and in the Creator, this is in the truest sense strictly and truly self-government.

And when the service, the worship, and the allegiance, of each intelligence is to be rendered entirely upon his own free choice, this reveals on the part of God, the Supreme and true Governor, the principle of government with the consent of the governed.

Through sin man lost his freedom and therefore his individuality. But in the gift of Christ all was restored. “He hath sent me to proclaim liberty to the captives.” “Christ suffered for sins, the just for the unjust, that He might bring us to God.”

In the long ages of sinful and imperial despotism from Cain to Tiberius Caesar, men had been so continually and systematically oppressed that they had been robbed of every vestige of individuality. Then Christ came into the world in human flesh as man, and through every phase of human experience established the individuality of man upon its own original and eternal basis. Matt. 25:15. Therefore, without Christianity in its original and native purity there cannot be true individuality.

But in the interests of despotism the very name of Christianity was perverted. And through long ages of ecclesiastical imperialistic tyranny men were again systematically robbed of every vestige of individuality. In the Reformation, God again restored men to Christianity and individuality. But Protestantism hardened in forms and creeds; and every form and denomination of Protestants has denied, and done all that it could to destroy, Christian liberty and individuality. And now, through denominational, national, international, and world federation and confederation in religion and of religions, again ecclesiastical imperialistic despotism will work with all worldly power, deceiving signs, and lying wonders, systematically to rob man finally of every vestige of individuality.

Individuality, bear in mind always: not individualism: for it is distinctly and eternally an “ity”; never an “ism.”