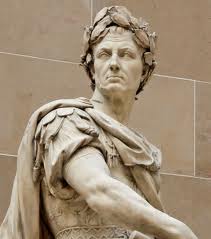 In the case of the church of Israel against the members of that church who chose to believe in Christ and to teach the truth concerning Him, the principle is made perfectly plain that no church has any authority, jurisdiction, or right, in, over, or concerning, the faith or the teaching, of any individual member of that very church itself. Acts 4 and 5; 2 Cor. 1:24.

There is another remarkable scripture that not only illustrates this total absence of authority, jurisdiction, or right, of any church, but also makes plain some additional principles of the great truth of religious liberty.

This notable scripture is the one that contains the words of Jesus when the spying Pharisees and Herodians came to Him with their crafty question, “Is it lawful to give tribute to Caesar or not?” With the tribute money in His hand, Jesus said: “whose is this image and superscription? they say unto Him, Caesar’s. Then saith He unto them, Render, therefore, unto Caesar the things which are Caesar’s, and unto God the things that are God’s.”

Here are revealed two persons—God and Caesar: two powers—the religious and the civil: two authorities—the divine and the human: two jurisdictions—the heavenly and the earthly: and only two, to whom, by the divine instruction, is anything due or to be rendered by men.

Originally there was, and ultimately there will be, only one realm, only one jurisdiction, only one authority, only one power, only one right—that of God alone. 1 Cor. 15:24-28.

But not all will receive the Gospel; and so not all will recognize the sovereignty, the jurisdiction, the authority, the power, and the right, of God. Not recognizing God’s kingdom, will, purpose, and power, which is moral and spiritual, and which makes moral and spiritual all who do recognize it, these then, being sinful, fail to be even civil. Therefore there must be in the world a jurisdiction and a power that will cause those to be civil who will not be moral. And this is the State, the civil power, Caesar; and this its reason of existence.

And since by the divine word these are the two, and these two are the only two that there can possibly be, then it follows absolutely and exclusively that to the church there is neither kingdom nor dominion, realm nor jurisdiction, nor is there any place for any.

The soul and spirit of man, as man is in the world, as the world is, is in intent and by right the kingdom of God. And so to wicked and unbelieving Pharisees, Jesus said, “the kingdom of God is within you.” But in lost mankind that kingdom is usurped and that realm is occupied by another. The usurper is on the throne. Exercising jurisdiction that enslaves, debases, and destroys. Thus, while in intent and by right the kingdom is God’s, yet in truth and in fact it is not God’s but another’s. Yet let the lost and enslaved soul only welcome God into that alienated realm to occupy His own place on that usurped throne, and to exercise true jurisdiction there, THEN will that soul and spirit and life, in truth and in fact, as well as in intent and of right, be the kingdom of God. And even then it is the kingdom of God in truth only as God is king in all and over all to that soul. And so it is with the church.

The Church OF GOD is indeed the kingdom of God: it is “the fullness of him that filleth all in all:” it is composed only of those who are His. And He is king and sole ruler in this His kingdom. The jurisdiction in this realm is His alone; the principles of the government, and the authority and the power of the government, are His alone. And every citizen of the kingdom owes allegiance to Him alone: and this direct, in Christ, by the Holy Spirit. Every inhabitant of that realm is subject to His jurisdiction alone: and this direct, in Christ, by the Holy Spirit. Every member of this church, which is His kingdom, is inspired and actuated by the principles which are His alone and from Him alone; and is governed by the authority and power of Him alone; and this all direct from Him, through Christ, by the Holy Spirit. Thus all who are of the Church of God in truth, which is the kingdom of God, renderto God all that is of the heart, of the soul, of the mind, and of the strength. These also render to Caesar the things that are Caesar’s— tribute, custom, honor, in his place. Rom. 13:5-7.

Thus again it is perfectly plain and certain that neither between God and Caesar, not yet along with them, is there any third person, party, power, realm, or jurisdiction, to whom any man is to render anything. There is no command nor obligation from God to render anything to any kingdom of dominion, to any power or jurisdiction, but that of God and that of Caesar,—these two only. There is no image and superscription of the church, neither is there place for any.

And this is only to say that without God, and without God in His place as all in all, any church is simply nothing. And when such church attempts to be something, she is only worse than nothing. And in either case nobody can ever owe anything to any such church.

On the other hand, when the church is truly with God; and when He is truly to her all in all; she is truly of the kingdom of God. And yet even then the kingdom, the dominion, the realm, the jurisdiction, the authority, and the power, are all God’s NOT HERS: so that all that is owed or rendered is to God, not to the church. Thus it is strictly and literally true that never in any case is anything owed or to be rendered by anybody to the church, as such.

And thus again it is emphasized that there are just two persons, two realms, two jurisdictions, two authorities, two powers, to whom anybody can really owe or render anything—God and Caesar: these two and no more, and no other.

This requires, therefore, that the church, to be true to her calling and her place in the world, shall be so absolutely devoted to God, so completely swallowed up and lost in God, that only God shall be known or manifested, wherever and in whatsoever she is or is to do.

In the very spirit of Christianity this is certainly true. For this is exactly the calling and attitude of individual Christians in the world—to be so absolutely devoted to God, so completely swallowed up and lost in Him, that only God shall be seen in all that they are: “God manifest in the flesh.” And the church is composed only of individual Christians. Also the church is “the body of Christ;” and Christ is God manifest, to the complete emptying, yea, the very annihilation, of self. And this is the mystery of God.

And just here is where the church, both before Christ and after Christ, missed her calling, and her place: she aspired to be something herself. It was not enough for her that God should be all in all. It was not enough for her that the kingdom and the dominion, the realm and the jurisdiction, the authority and the power, the word and the faith, should all be God’s and only God’s. She aspired to kingdom herself; to realm and jurisdiction of her own; to authority that she could wield; to a word that she could speak; and to a “faith” that she could dictate.

To satisfy this ambition and to make tangible this aspiration, she rejected God and assumed and usurped the kingdom and the dominion, the realm and the jurisdiction, the authority and the power, that belonged to both God and Caesar. And so being herself neither God nor Caesar, but only a self-constituted and self-exalted interloper, her blundering confusion of things only multiplied iniquity and deepened the curse upon the world.

And such precisely is the charge that God lays against her in each age and in both testaments. The glory and the beauty, the honor and the dignity, the authority and the power, the sweet influence and divine attractiveness, that all were hers and that were grandly becoming to her, because of His dwelling with her and being in her—these all she arrogated TO HERSELF and assumed to be OF HERSELF. Read Ezekiel 16:11-19; Romans 1:7-9; 2 Thessalonians 2:2-3; Revelation 17:1-6.

When God gave to her his word in such perfect purity to speak, that when she should speak it would be even as the voice of God, upon this she exalted herself to the claim that HER voice was the voice of God, and that the word which she chose to speak was the word of God because she spoke it.

When God gave to her such perfection of truth that her very speaking of that truth was to speak with all authority, upon this she assumed for herself that to HER belonged the power; and even the power to compel all men and nations in all the world to be subject to her and to obey her.

The time has come when no church should any more call men to herself but to Christ only. The time has come when the church herself must be most of all interested in making it manifest that there is no third kingdom, realm, jurisdiction, or power; but only the two—God and Caesar; and when she must ever urge upon all people the divine instruction, “Render therefore unto Caesar the things which are Caesar’s; and unto God the things that are God’s.”

The time has fully come when the church in all things must let only this mind be in her that “was also in Christ Jesus,” that will not think it “a thing to be grasped, to be equal with God;” but that will completely empty herself in order that God may be revealed: the living and true God, and He all in all. He, only King and Lord of all in the church and to the church, and that church “the fullness of Him that filleth all in all.”

Long enough have both states and churches usurped the authority of God, and have assumed to resign in the place of God. Now the time has fully come when there should be, yea when there will be heard on earth the grand words of the glorious voices in heaven: “We give thee thanks, O Lord God Almighty, which art, and was, and is to come; because Thou hast taken to Thee thy great power, and hast reigned.” Rev. 11:17.